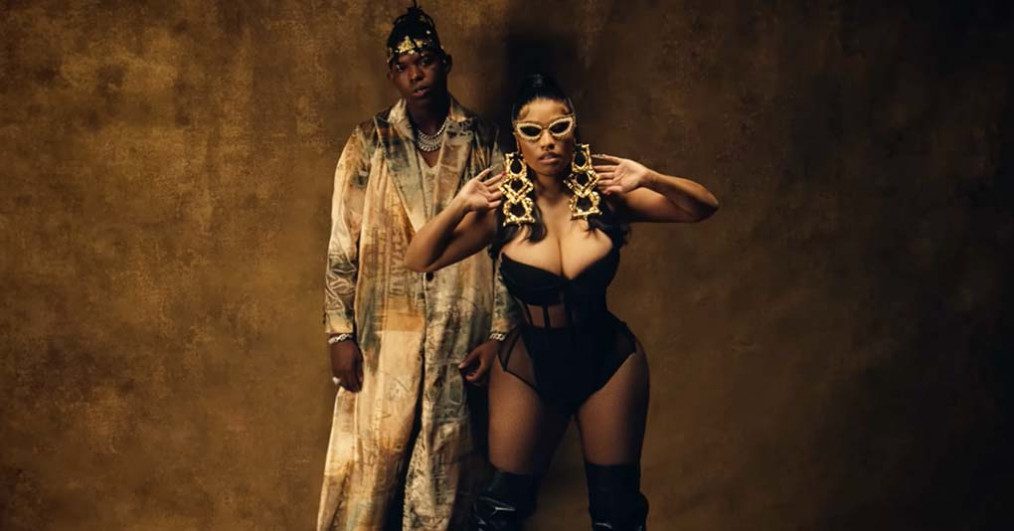 Teaming up for an undeniably heartfelt song, BLEU and Nicki Minaj have messages for their untrustworthy lovers here!

‘Love In The Way’ tells the story of someone who doesn’t trust their significant other but is too scared and in love to leave them. With BLEU’s vocals, delivery, and the Queen herself embodying a bit of her The Pinkprint era, the two of them surely get their point across, especially in a way that pulls at your heartstrings, even if you’ve never been in a situation similar.

The single was released last Friday (September 16th) after being teased earlier in the week. Nicki posted a 35-second snippet on Instagram along with a photo of her and BLEU behind the scenes of the luxurious music video, which accompanies the track. Gathering inspiration and sampling Sam Tompkins’s 2021 track, “(w)hole,” the hype behind this song had people excited! Tompkins even acknowledged how unbelievable it was that a rap legend like Nicki Minaj used his beat.

Fans alike have expressed anticipation and speculation for what could be both BLEU and Nicki’s new albums, especially following the remix of Nicki’s ‘Super Freaky Girl’ featuring JT from the City Girls, BIA, KatieGotBandz, Akbar V, and Maliibu Mitch!

Nevertheless, be sure to listen to Love In The Way, because I know for sure it’s going on my Back To School playlist which features songs, albums, and artists I’ve written about and updates weekly! 🙂