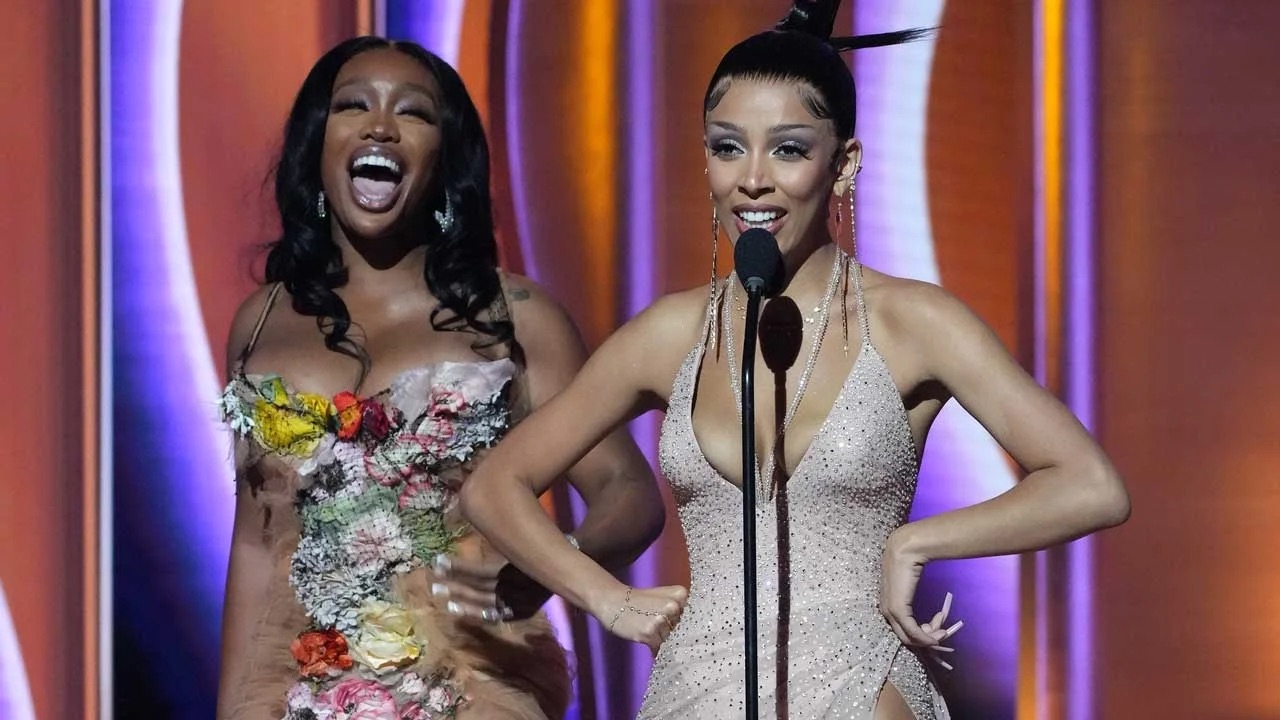 SZA and Doja Cat won their very first Grammy at the 64th Grammy Awards that aired on Sunday, April 3, 2022.

The pair won the Grammy for best pop duo/group performance for “Kiss Me More.”. This is the first Grammy for Doja Cat and Sza.

The moment will go down in history because Doja Cat was in the bathroom before the award was called. The artist rushed back to the stage in time to accept the award alongside SZA.

Doja Cat said, “I have never taken such a fast piss in my whole life”.

The crowd giggled after she made that statement.

Unfortunately, SZA was on crutches during the ceremony. While making her way to the stage Lady Gaga held the train of her dress.

Both artists stood on stage beaming with pride.

Both ladies have been nominated for many Grammy awards but this year they snagged a win.

We hope these two talented ladies have a Grammy-filled future!

Watch the celebratory moment below!