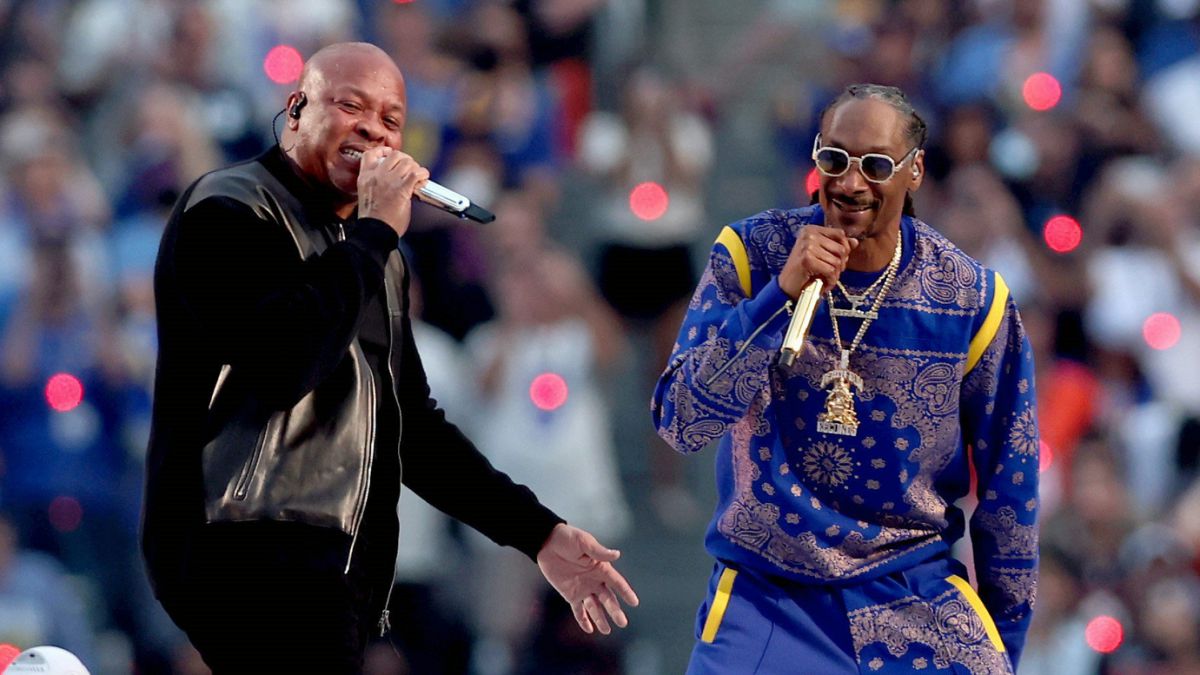 February 13 was a great day for Los Angeles. Three of our LA teams, Dodgers, Lakers, now The Rams, making LA go crazy with their big wins. Performers at this year’s Super Bowl were the perfect fit for this game specifically because we had the LA Rams at the Sofi Stadium in Inglewood, with the perfect performers to represent LA.

With the perfect sunny Sunday weather and a dope performance by Snoop Dogg, Dr. Dre, Mary J Blige, Eminem, with surprise guest 50 Cent, I sure felt like I was brought back to the early 2000s at a LA block party. Although Kendrick isn’t someone I think of when I hear “early 2000s” he was still the perfect fit and killed it!

Following the halftime performance, these artists’ streams are exploding!! Eminem’s “Lose Yourself” is now in the top 10 on Spotify. Kendricks “Be Alright” saw a 250% increase in streams while Mary J Blige 2001 no. hit “No More Drama” spiked up with 520% in streams.

In case you didn’t know, these artists don’t get paid to perform. All the NFL covers are the expenses and production costs. So why do it? Because in a way it’s “exposure” and fans will be reminded of their hits and stream it again.

Dr. Dre paid $7 million out of his own pocket to fund the elaborate performance.

Mary J. Blige even says in an interview that this is the opportunity of a lifetime and regardless will get paid for this for the rest of their lives.

In my opinion, this has to be one of the most home-felt performances. It didn’t feel like the artists were forced or didn’t want to be there. Everyone looked happy to be there.