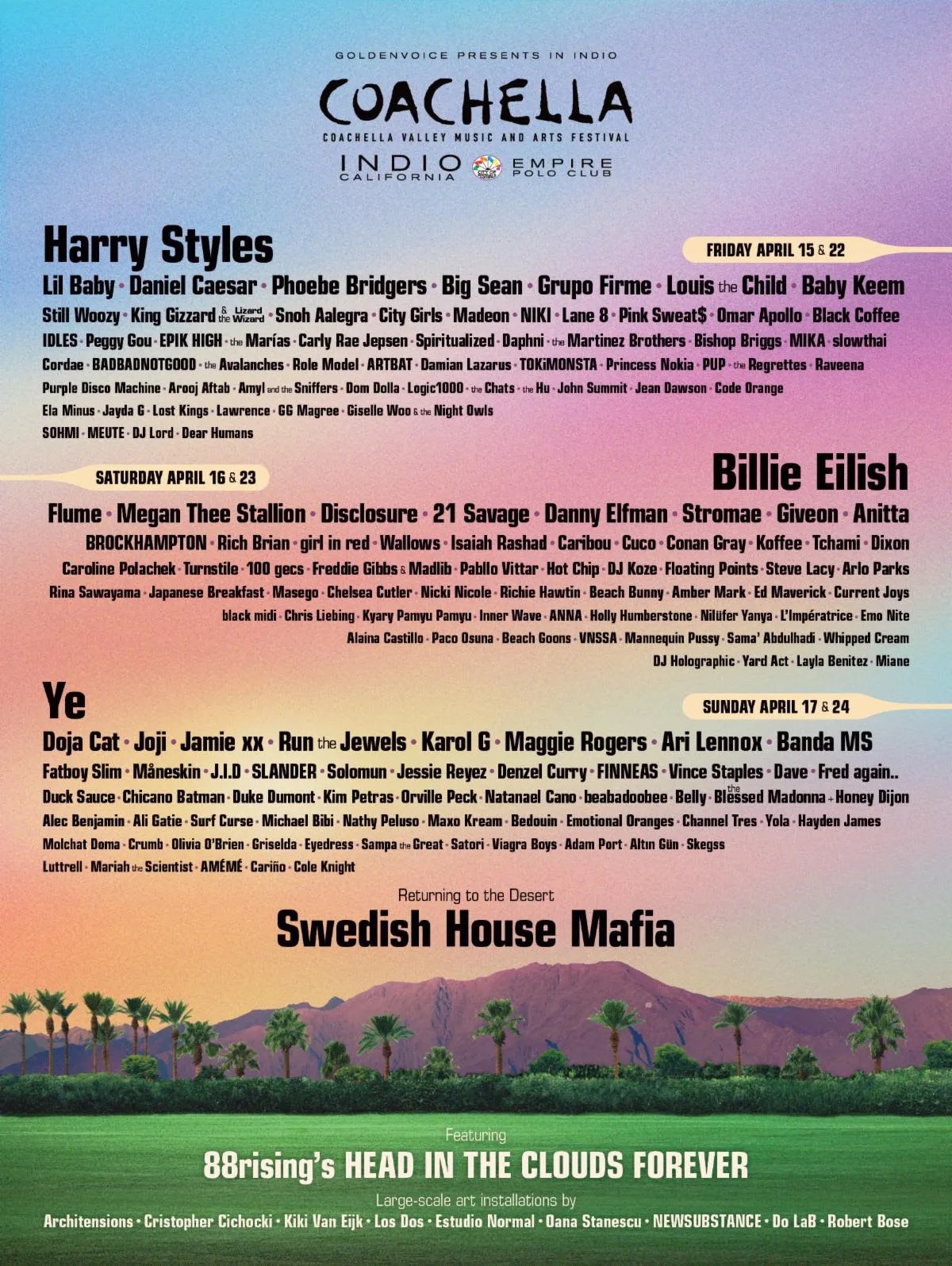 From rising stars to certified A-Listers, many of the hottest music artists are performing at Coachella this year. So many big names are set to show up on stage. Rappers such as Kanye, Lil Baby, Megan Thee Stallion, and 21 Savage are in the lineup. And for the R&B lovers, you have Ari Lennox, Giveon, and newcomers like Mariah the Scientist performing as well.

The headliners for the 2022 Coachella event will be Harry Styles. Billish Ellish, and Kanye West. After a two-year hiatus due to the spread of the coronavirus, the iconic music festival is making its return on April 15th-17th and April 22nd-24th.

Coachella 2020 was set to take place with Frank Ocean, Rage Against The Machine, and Travis Scott as the headlines. However, it was canceled because of the rise of the pandemic. The 2021 Coachella event did not take place and for the same reason. Which led a few people to question how this year would be any different, considering we are still in a pandemic. Coachella has stated that they put in place safety protocols to ensure it won’t be a super spreader event.

Many optimist concert goers have already bought their tickets. Weekends one and two are already sold out, but you can join the waitlist for a chance to see your favorite artists.