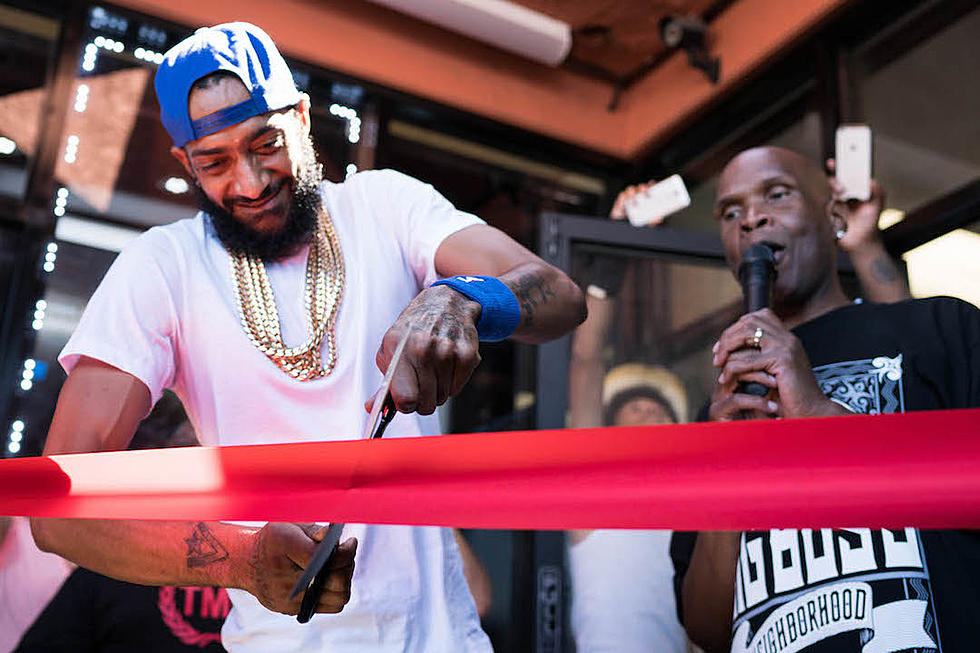 The plans and dreams he held when he was alive are still in full effect despite his tragic passing. The world lost one of California’s most talented artist a few years back. Nip’s life was taken in front of his own store from gun violence. Fast forward to now, his family is making sure Nipsey’s ideas will live on. Starting with the opening of his new store on Melrose. The second installment of his Marathon brand. The original Crenshaw location is closed but exists as a memorial and fans can visit it anytime. The new store is being remodeled and no opening date has been announced but it’s safe to say his supporters are looking forward to it! This project has been in the works way before his passing, going back to when he was a kid selling CD’s and clothes on the corner of the street. With police harassing him and telling him and his friends that they need a license and real shop to do this. Finally he was successful in music and, was running a business. So it’s important for his friends and family to keep his plans alive, by running his brand and eventually dropping music posthumous. Luckily his kids and fans, will be able to see his legacy live on.