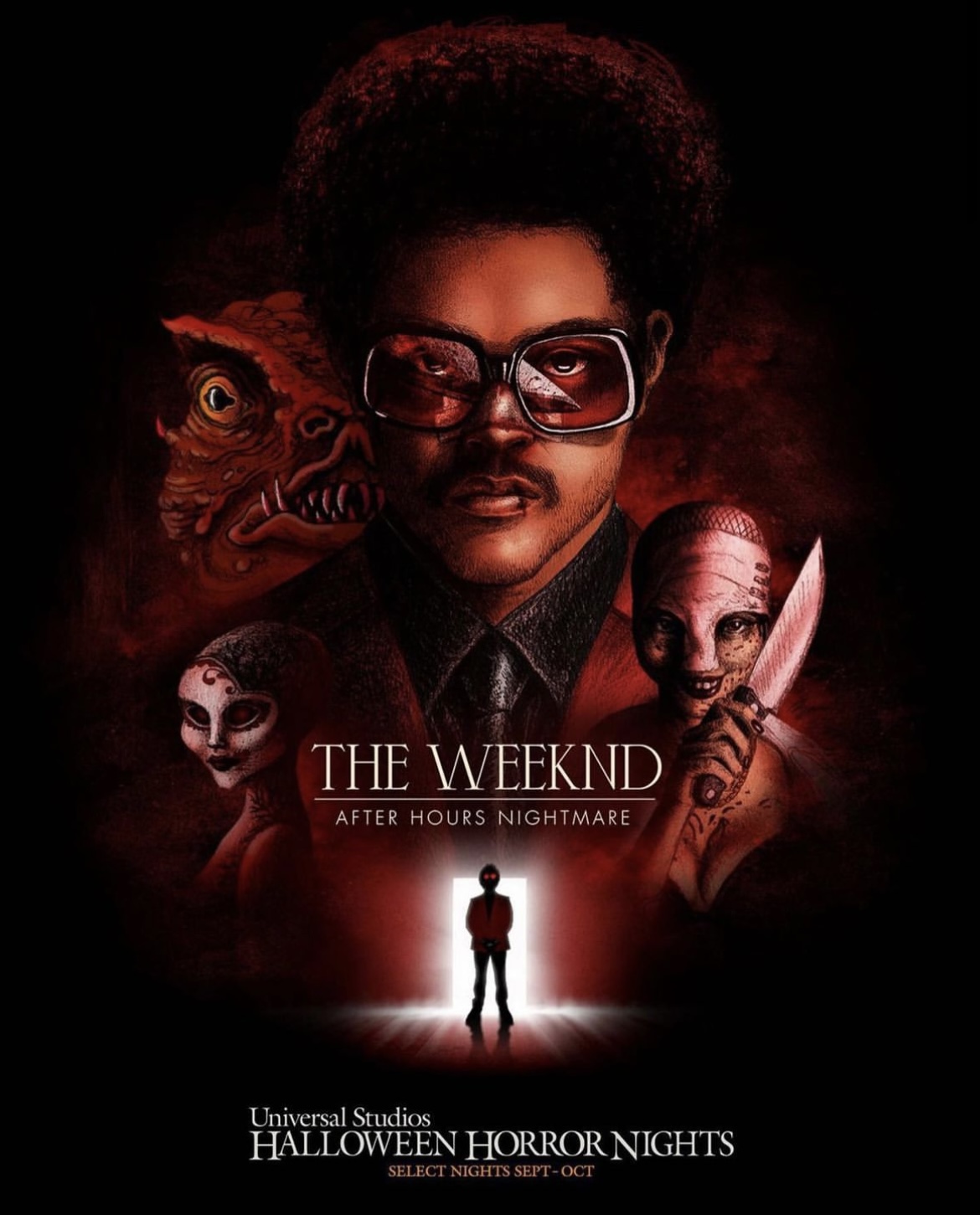 The Weekend has teamed up with Universal Studios for this year’s Halloween Horror Nights. The park’s theme will be based on his most recent album “After Hours,” making the theme “The Weekend: After Hours Nightmare.” Guests will be taken into the world of the album, with characters and pieces inspired by Abel Tesfaye’s music and the short films and music videos accompanying it.

Halloween Horror Nights at Universal Studios Hollywood. “We are thrilled to take guests inside of the mind of The Weeknd, a Halloween Horror Nights fan himself,” said John Murdy, Executive Producer. In addition to the 2020 album, the multimedia experience also influences horror and science fiction genre films, particularly A Clockwork Orange, Fear and Loathing in Las Vegas, and Jacob’s Ladder.

“I always wanted my own Halloween Horror Nights haunted house, as Halloween has always been significant to my music, so this is a total dream come to life,” The Weeknd told Entertainment Weekly in a statement. “I feel like my music videos have been a launching pad for a collaboration like this, and I cannot wait for people to experience this madness!”

“The Weeknd: After Hours Nightmare” will hit Halloween Horror Nights at Universal Orlando Resort on Sept. 2 and Universal Studios Hollywood on Sept. 8.