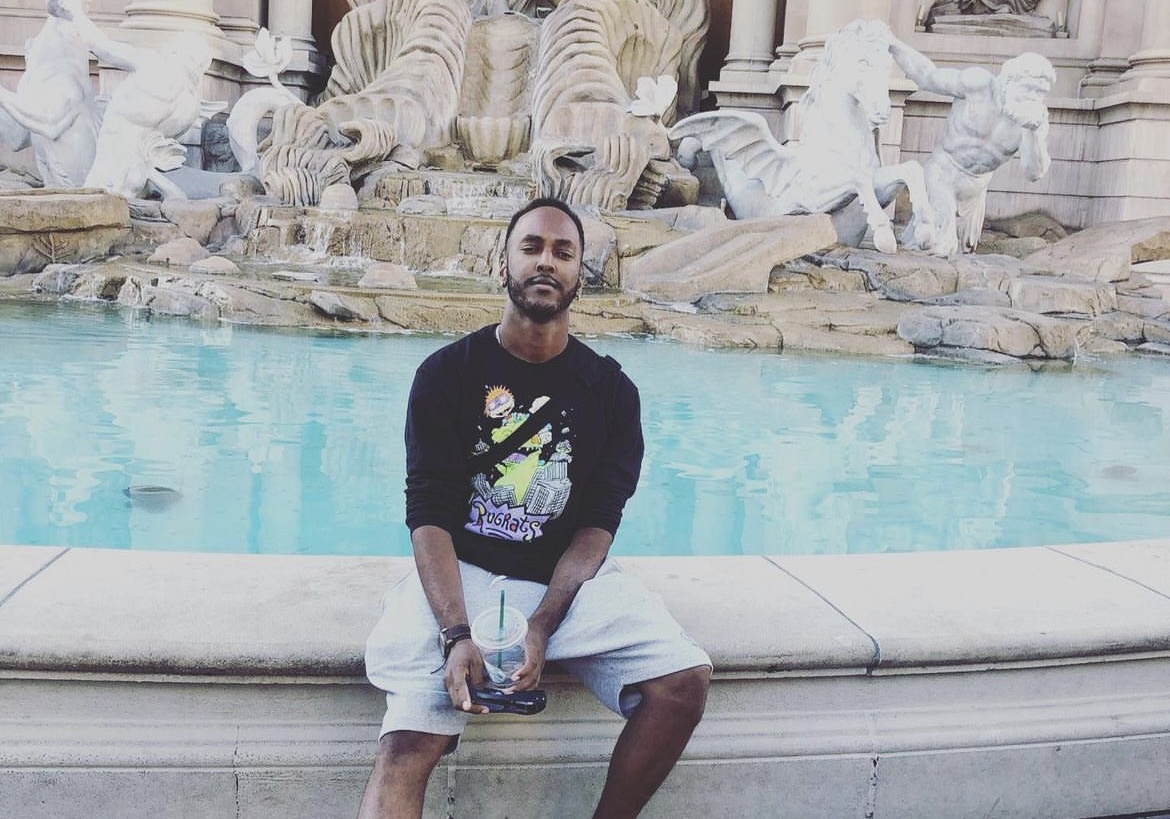 Born and raised in California, Andrel Taylor talks about how he manages to stay positive through life, and his hopes for the future. The hip-hop, r&b artist expresses how he is still trying to find himself in this crazy world. Andrel has big goals for himself as a person and as an artist. Ever since he can remember he has been making music. It did not fully kick start until the pandemic when he went through some personal struggles until he had enough. He created a platform where he could write and record songs for people to enjoy. This encouraged him to keep going and reminded him why he got into music in the first place.

Andrel has an incredible album called ‘Life Sucks Right Now, So Here’s A Mixtape” on SoundCloud and features 16 tracks. His album was released in 2020 during the pandemic so this title hits hard. He wanted to create something that got people out of their funk and remember why we love music so much. He writes all of his songs and mentions his new goal is to become a producer as well. He says that his sound can be hard to identify or put a label on. He doesn’t like to stick to one genre, it’s more of how he feels at that moment. He enjoys putting out music that makes you feel something. Whether that is to make you laugh, cry, dance, or just hear the lyrics, his goal is to use his personal experiences to make others feel better or help them understand life’s struggles.

Some of his musical inspirations are J. Cole, Chris Brown, The Weeknd, Kendrick Lamar, and Logic. Andrel is always striving to become one of the greats with a new authentic sound. One of his most memorable moments was when he was a senior in high school he asked a girl out to the dance by performing one of his songs “Just Liv’n Life.” He performed it in front of the whole class and of course, she said yes!

Andrel is a very positive and uplifting person. He believes in the law of attraction and that when you have a positive attitude good things will come your way. His way of thinking is inspirational and motivating to listeners in the music world. When is he not in the studio he is watching movies, basketball, playing Playstation, and dreaming about being on an island in the Bahamas

Besides continuing to put on music and get his name out there, Andel hopes in the next couple of years he is focusing on his happiness and making a difference in someone else’s life. He hopes to have a healthier mind, body, and soul. He also has the long-term goal of writing a book. He mentioned this idea came from a college course on marriage and partners. He loved the concept and telling a story, similar to writing songs.

People should listen to his music because he is all about spreading positivity. He wants to encourage people to open up and be vulnerable and learn from past mistakes. He wants to thank his fans for taking the time to appreciate his music to keep rocking with him! Andrel wants to leave readers with this message. “Nobody has the right to tell you, NO! If you want to do something, just do it. Knowledge doesn’t get you anywhere, exposure is where the magic happens. You can forget knowledge; you can’t forget exposure since it’s a part of you now. It’s like learning how to walk. Once you learn and get that exposure, you’ll never forget how to walk”.

Everyone needs to follow Andrel Taylor on Instagram to keep up with any new projects @andreltaylormusic. He mentions new things may be coming up sometime next year! They are still in the reality stages but he cannot wait to share with the world. Go check out his SoundCloud and Bandcamp for all of his past, present, and future tracks.