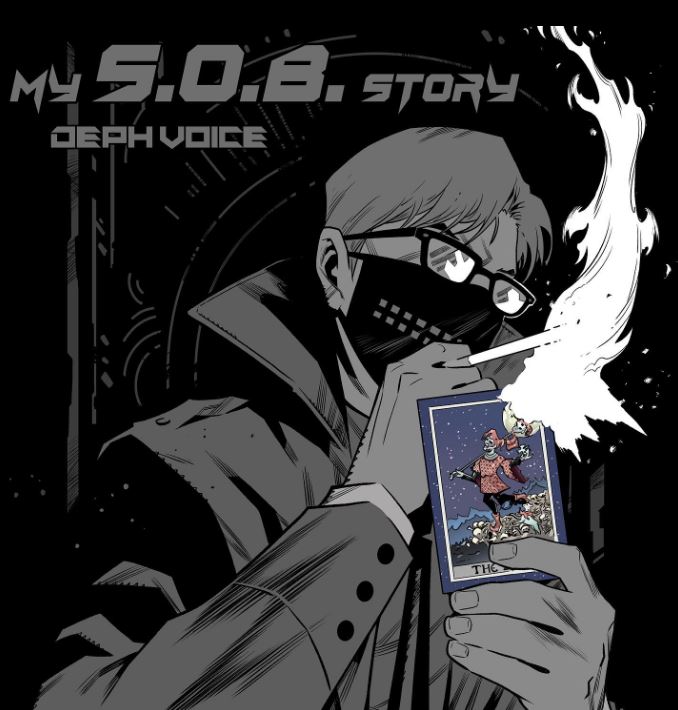 Born in Norfolk general, but lived and raised in Chesapeake City, Virginia, Deph Voice is an upcoming and independent Hip-Hop artist that is ready for the world to hear his music. Deph Voice creates music, but in a lofi style, though that’s where he leans towards the most, he does have projects where he experiments with different sounds. Deph Voice describes his sound as sorrow and says that it is the opposite of that of a positive psychology.

He has been making music for 6 years, writing for 11 years, but officially started releasing music in 2018. With over 50 instrumentals, 6 singles and 3 EPS. Even though he is long away from where he started from learning production and basic music theory, he still sees himself at the beginning stage of his craft.

With multiple projects under his name and official release, he works hard and has plans of showcasing that music on stage. He sees himself as a rebel or a lone outcast in his world, a rebel without a cause. Deph Voice sees himself as his biggest motivator to working towards this big dream.

His main goal to achieve would be to open a studio in his city to give and teach how to get a job or to get their careers started. Being able to support his community is one of his biggest passions. Some of his biggest accomplishments are his releases, finishing a project, collaborating with people within the industry and being interviewed. Deph Voice is currently working on a lot of new music and hopes that you give his music a listen.