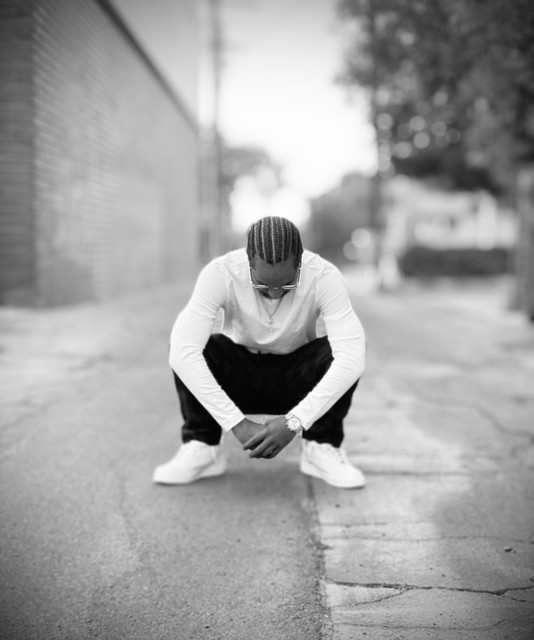 When asked to describe his image in his own words California native FVSTVCTION simply says it’s just him. Every day is a new chapter for FVSTVCTION, somedays he looks and feels like a rapper, other days he gives off more of an R&B type of vibe. Due to each day being a new story for FVSTVCTION there really is no way to describe his genre or style of music. FVSTVCTION simply creates music that he himself wants to hear, at the end of each day he is simply himself. The inspiration for his music primarily comes from his days in church. FVSTVCTION has been playing the drums for his local church ever since he was a young kid and it has followed him in all stages of his life. As of today, FVSTVCTION believes he is just cracking the surface of his full musical potential. He is just starting to break through in the music industry and his songs and albums are starting to generate a buzz.

FVSTVCTION’S most recent work is his LP titled, “Left On Read”. The eight-song project was inspired by FVSTVCTION’S real-life events and experiences. The songs talk about pride, insecurities, trust, and the uncertainty of love while in a relationship. This is also a project in which Fvstvction shows a very vulnerable side to him. The LP is out now and available to stream on Spotify, Apple Music, and YouTube. The future plans for FVSTVCTION are also very clear, just like the previous goals that he has already achieved. Fvstvction hopes to continue growing his following and stay consistent this year.

Even if it’s just one new listener each day FVSTVCTION considers that a win. He knows he is headed in the right direction and hopes to continue connecting with his growing fanbase. At the end of the day, FVSTVCTION just hopes his music is able to make an impact on his listeners as they are what motivate him to work so hard each and every day. He also draws motivation from his family and those around him who genuinely want to see him succeed while chasing his dream. One thing is for sure about FVSTVCTION, he is making his presence known in the industry and it’s safe to say he isn’t going anywhere anytime soon. You can listen to his latest project below!

In this article:Fvstvction, Trending, WHAT'S POPPIN