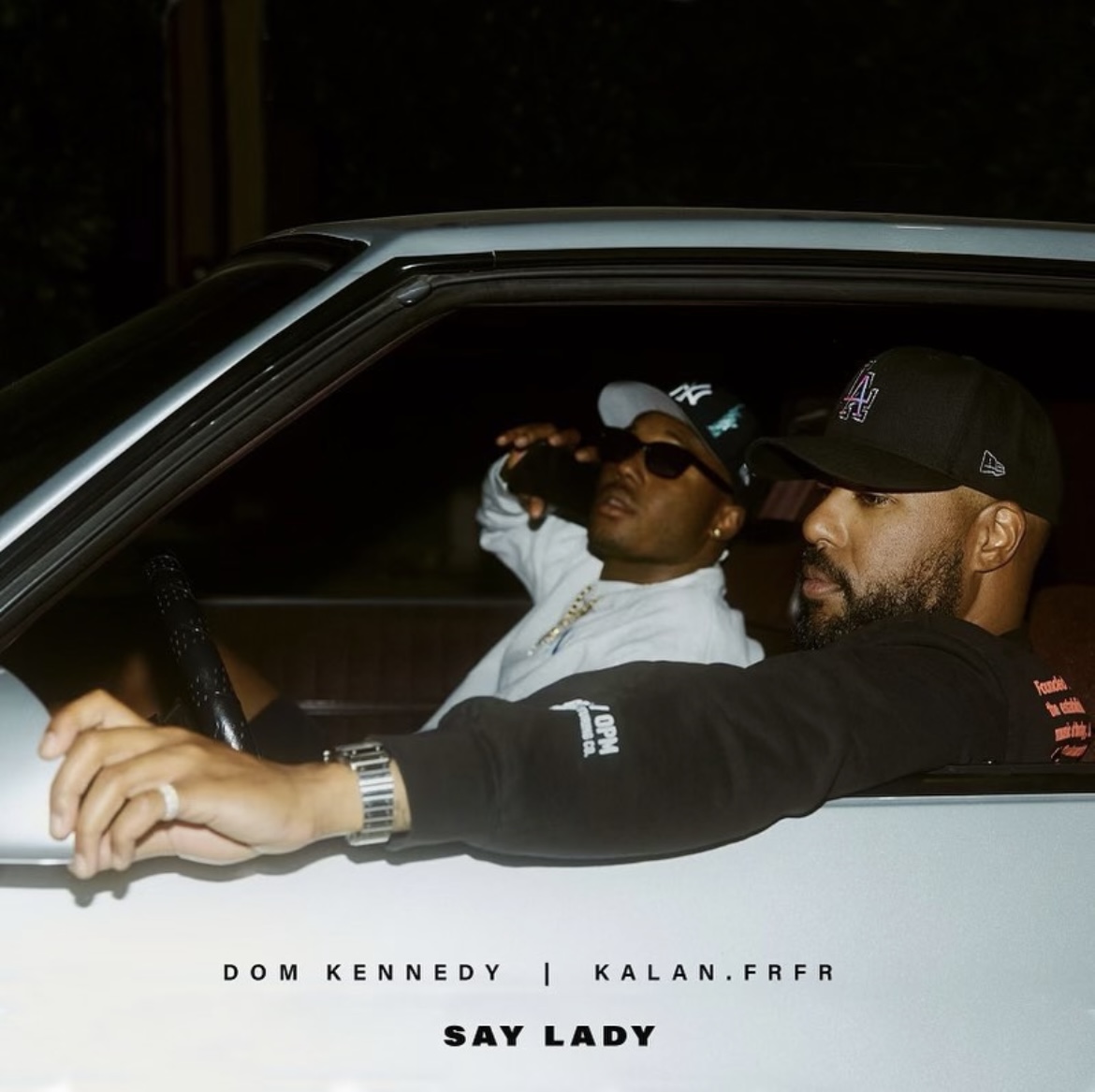 Dom Kennedy is back along with Kalan.FrFr for a new song called “Say Lady.” Jake1ne and Mike & Keys produced this smooth laidback track. The two Cali natives created a love story that is full of lyrics about someone special:

“Fresh out the shower, smell like cocoa butter, girl don’t be shy, let’s get to know each other, bounce out with me, I got them car keys, Super Sport in the lot, it’s almost time to leave”

Dom Kennedy released the third installment of From the Westside with Love series almost a year ago and it included 15 songs. Kalan.FrFr continues to shine with the release of his track “Pop Star” to collaborating with Blxst in his latest track “No Stoppin.” “Say Lady brings the romantic vibes for the California girls. The music video for “Say Lady” matches the song’s energy with visuals of a yacht going through an exotic location.

This track brings out the summer vibes. Click the link below to watch the music video. “Say Lady” is now available on music streaming platforms!