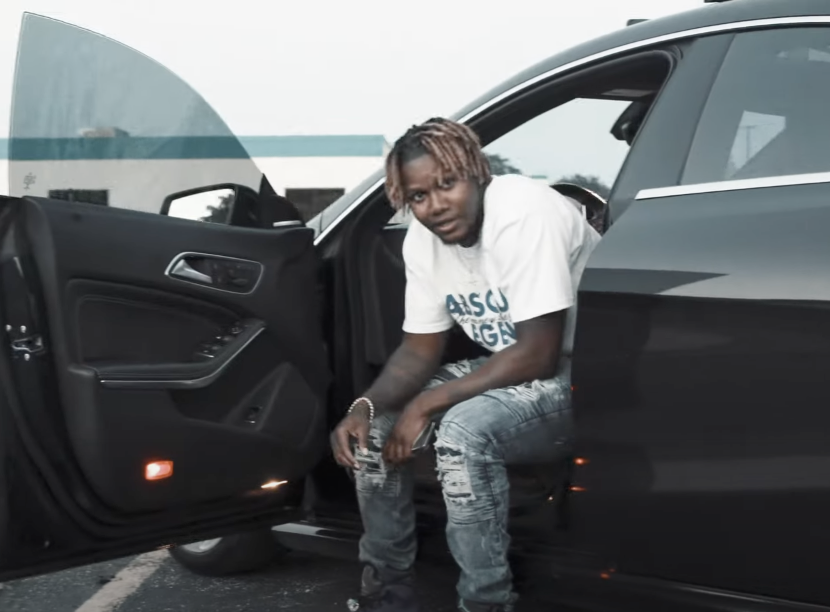 Introducing Flacco D, the solo independent artist describes his sound as new but old school at heart. The laid back guy from the west side of Chicago talks about his goals for the future and what’s to come for career as an artist.

Currently he has way too many singles to count. He has two EPs out and just released his latest single “In This Bitch” which he worked on with his boy Chef Dru. He loves working with him and helped challenge him on how he should approach the song. Right now Flacco D is confident in his art and happy with the progress he’s been making. He’s still open to trying new things and figuring out what his sound really is. He hopes to soon be at a point in his career where his dreams become reality. One of his favorite tracks he’s released is “Why Wait”. It came out when he really got into his career and gained more confidence through embracing his craft.

He loves the freedom and creative side of making music. When he’s making music his mind goes somewhere else and he can truly express himself. The recording process is also a very exciting part, coming up with the idea and how to put his emotions onto it There have been some memorable moments in his career. One that stuck out to him was when Busta Rhymes shouted him out on Instagram and sent vocals in for his ep ‘Why Wait”. This shocked him and also gave him the motivation to keep going through any self doubt.

Flacco D talks about his sound as a song you normally skip but accidently played and turns out you love it. Expect the unexpected! In the next few years he sees himself hitting the billboard charts and working with some of his favorite artists such as Lauryn Hill, Drake, Lil Wayne, J Cole, Gunna and many more. He also has aspirations of getting into the fashion world and real estate. When he’s not in the studio he loves spending time with friends and family and hitting the gym.

People should listen to his music because he wants to give listeners that nostalgic feeling that you always want to be in or relive. Right now he’s been working on a few singles and a collaboration with Guc Suave called ‘Nobodies Favorite” He wants his fans to be on the lookout in the next two weeks for more music to come! “My motto is don’t worry about what someone else got going on, focus on yourself”

Make sure to check out all of Flacco D’s new tracks on all streaming platforms. Don’t forget to follow him on Instagram @flacco_d to stay updated on new projects!