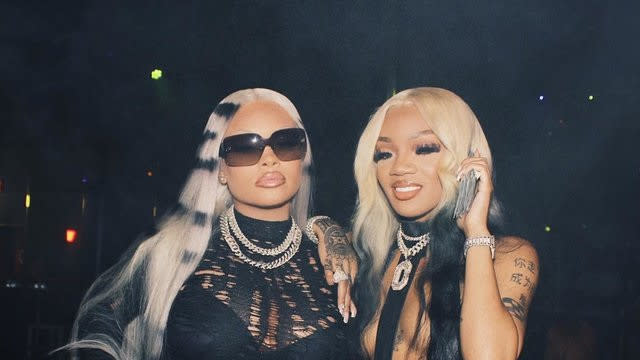 Latto has been killin the game this year. She is not quite done with 2022 though. On December 2nd Latto dropped a brand new track called, “FTCU ” featuring more female rappers GloRilla and Gangsta Boo. They got straight to business with this track. All three of them pop off on this track; each verse has so much piled in making this one of the best female rap collab in a long time! It’s been a long time since both GloRilla and Gangsta Boo have put out songs, so “FTCU” came at a great time for all three ladies.

It’s been eight months since Latto released her most recent album “777” back in March. This new track has crazy energy, high intensity and all the female power we need. Fans always expect big things from Latto and this track did not disappoint.

Fans only waited four days for the music video of “FTCU” (F**k The Club Up) to drop on YouTube. The visuals match the wild energy the song gives off perfectly. Everyone was feelin all the vibes in the video, the dancing and a wild night at the club. Go stream “FTCU” on all streaming platforms and watch the music video out now on YouTube!