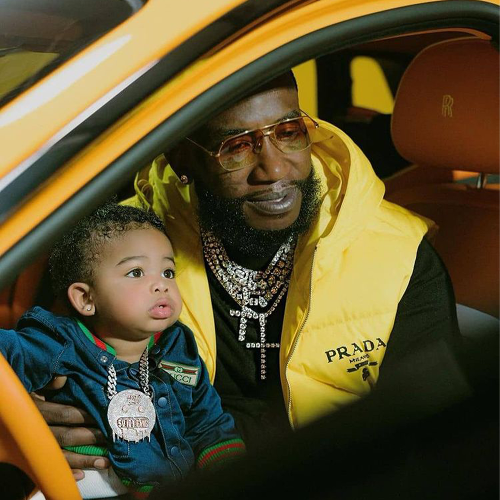 They say the higher you go in life, the more enemies you create. These enemies could have been strangers who saw your successes and wish hate upon you, now… what if these enemies were once your friends? Who were once family turned foe is the struggle that many in the music industry have to face when they finally make it big.

Gucci Mane is no stranger to this struggle. As shown in his music videos, social media, and his lyrics, Gucci Mane has had a lot of success. So much so that people placed allegations for him being a clone because the day he was released from jail back in 2016, where he was shown to be a completely different man than who he was when he entered. This sparked the ones who wished Gucci Mane ill will more resentment for they saw his dramatic rise of success and did not want him to have it.

In this music video, Gucci Mane is shown on the screen with himself and his son, Ice Davis. In relation to the song talking about “Fake Friends,” the video is sure to show nobody else in the frame, however, the only person that is shown with Guwop is his child, a member of his family. A family member that is with Guwop and is sure to protect them for the rest of his life, unlike the friends he had in the past that did not reciprocate the loyalty and love that he gave to him. Guwop has learned his lesson, allowing him to keep those who he truly loves and respects close to him at all times, and those who envy away from him.