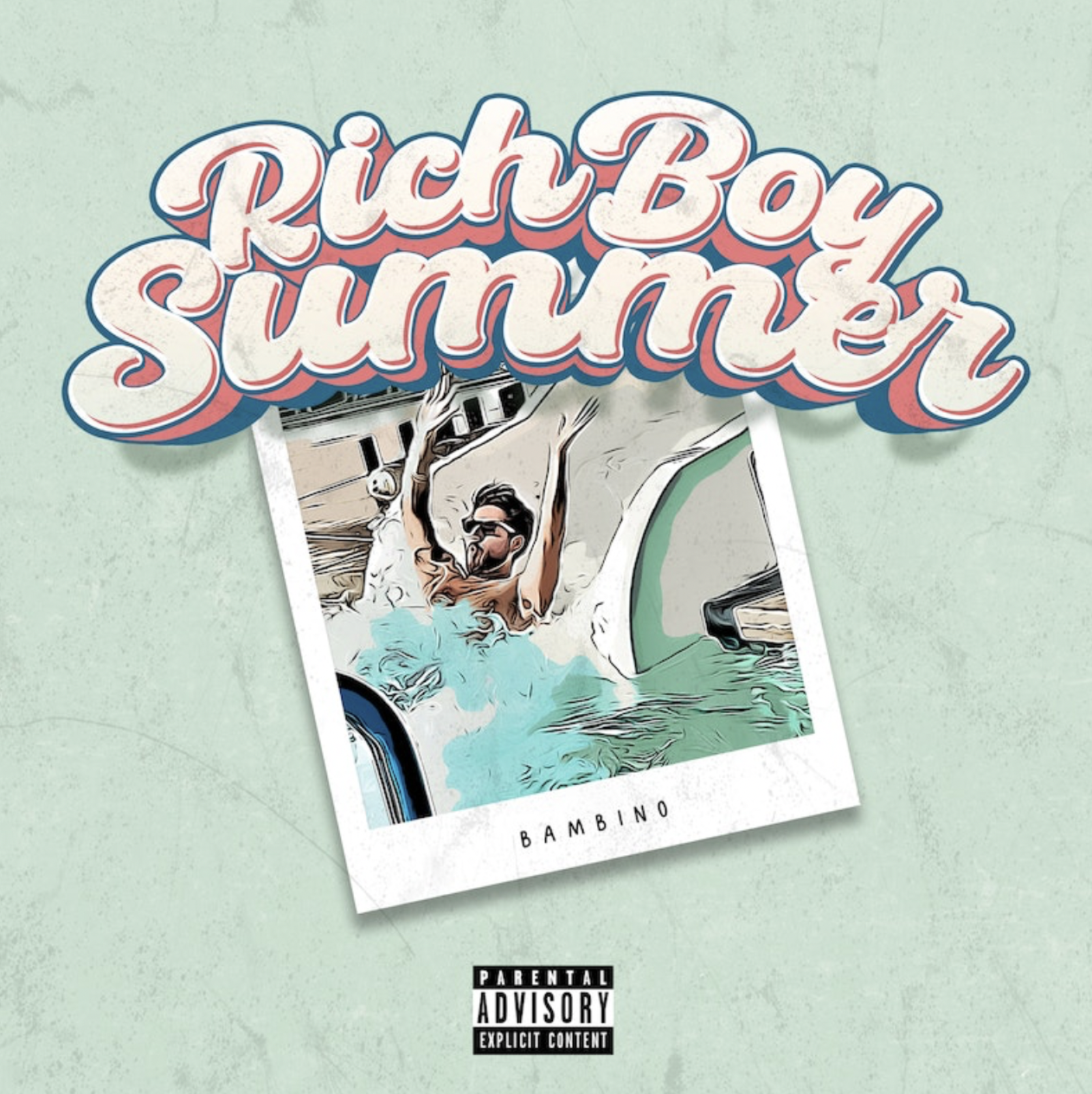 The hard-working, independent hip hop artist the name Bambino, shares how he began his music career and the most rewarding parts while in the industry. Coming from an Italian family and being the youngest cousin, he was always called Bambino, the Italian word for Baby. Born and raised in Jersey, Bambino loves to rap and make music, he wants to make people smile with his art. His favorite thing about being an artist is seeing the reactions of his listeners. People are surprised when he tells them he makes music, which makes the reaction even better. He mostly focuses on hip hop however, he mentions in some songs he’s been experimenting with pop, electronic, experimental, and even a little reggae.

Bambino writes all his music, so far he has released over 100 songs, 6 albums, and 2 others under his former name King Baby. Having been making music for around 6 years now, he hopes in 5 years to be touring around the world making music and collaborating with amazing artists. He takes a lot of inspiration from the 2000s-2010s hip hop artists like Kanye, Kendrick, Tyler the Creator, Frank Ocean, Drake, Brockhampton, Baby Keem, and many more. He also really loves Frank Sinatra, Billy Joel, and Bruce Springsteen. Besides these incredible artists, he is always motivated by his close friends and family pushing him to be the best he can be.

Bambino released his newest single, “Rich Boy Summer” on August 12th. It’s the perfect song to end the summer right. The catchy upbeat rap track will have everyone blasting it through tier speakers. Make sure to stream “Rich Boy Summer” out now on all platforms. His next project is a major one, he wants people to hop on the wave and be an OG fan because he is the next big thing. Heavily influenced by Kaytranada, this new album has an electronic dance feel as Bambino is creating a new persona for himself. The album title is “Palmer Barone”. He shares that he was almost named Palmer after his mom’s maiden name and the DJ in Vegas. He wanted this album to feel as if you were attending one of his sets. He hopes for “Palmer Barone” to be released sometime this fall season. After that, he is trying to release another full album called “New Song and Dance”. He’s keeping his fans in the dark with this one as he wants it to be a surprise. However, he does have a new single coming out with Alone in Sight very soon!!

When he is not making music, Bambino works 9-5 and comes home to record every night. He works with nonprofits to assist with raising money and finding bank solutions for people. He spends his time giving back to people less fortunate and will continue doing so throughout his career. In his downtime, he enjoys playing video games and live streams like Post Malone. He loves playing his men’s hockey league, card games, and traveling. He mentioned the idea of being in a movie or tv show is a long-term goal in the future.

Bambino wants his fans to know how much he appreciates them and to be prepared for some of his best coming soon! He would love to collaborate with artists and share ideas on each other’s songs. Keep an eye out for Bambino, because he is the next big thing. His music is available on all streaming platforms!