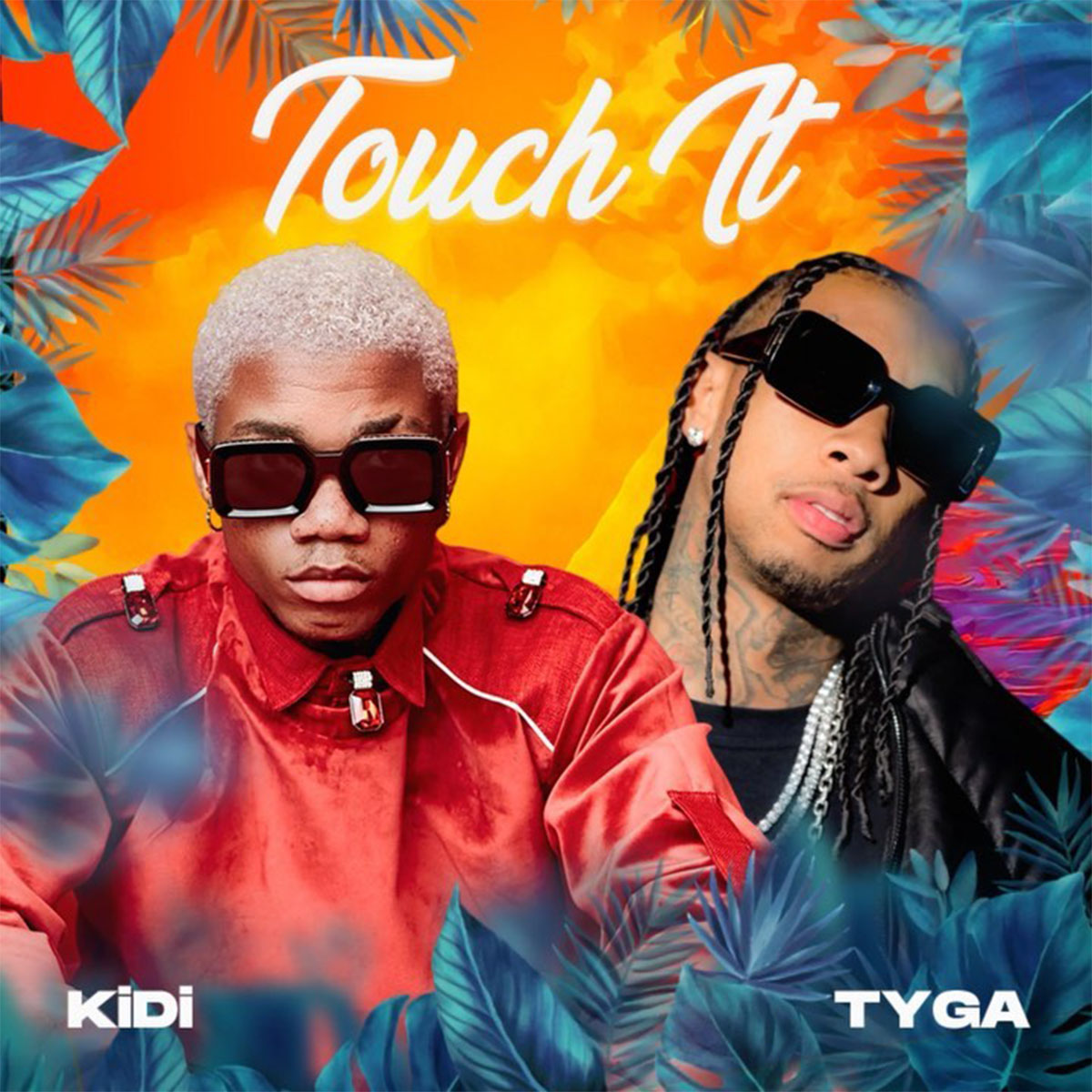 Tyga and KiDi link up on the remix of KiDi’s 2021 hit song, “Touch It”. The remix marks the first time the two artists have collaborated together on a song and it seems as though these two should work together more often.

The song is a fun, smooth, energetic vibe that makes you want to dance the second the beat starts up. KiDi, known for his eclectic and bouncy Afrobeats music, really shines on this track and is one of the names that people have been starting to notice come up a lot more in the music industry.

While Tyga comes on to the track and fits in almost seamlessly, using a voice inflection that he normally doesn’t use on any of his other tracks. The original version was a part of KiDi’s 2021 album, ‘The Golden Boy’, which also included stand-out hits, “Mon Bebe”, “Spiritual” featuring Kuami Eugene and Patoranking, and “Dangerous”. KiDi has been a rising name in the genre for a while and seeing him join forces with a star artist in the likes of Tyga, is a huge win.

You can stream the “Touch It” remix by KiDi featuring Tyga now, on all major streaming platforms.