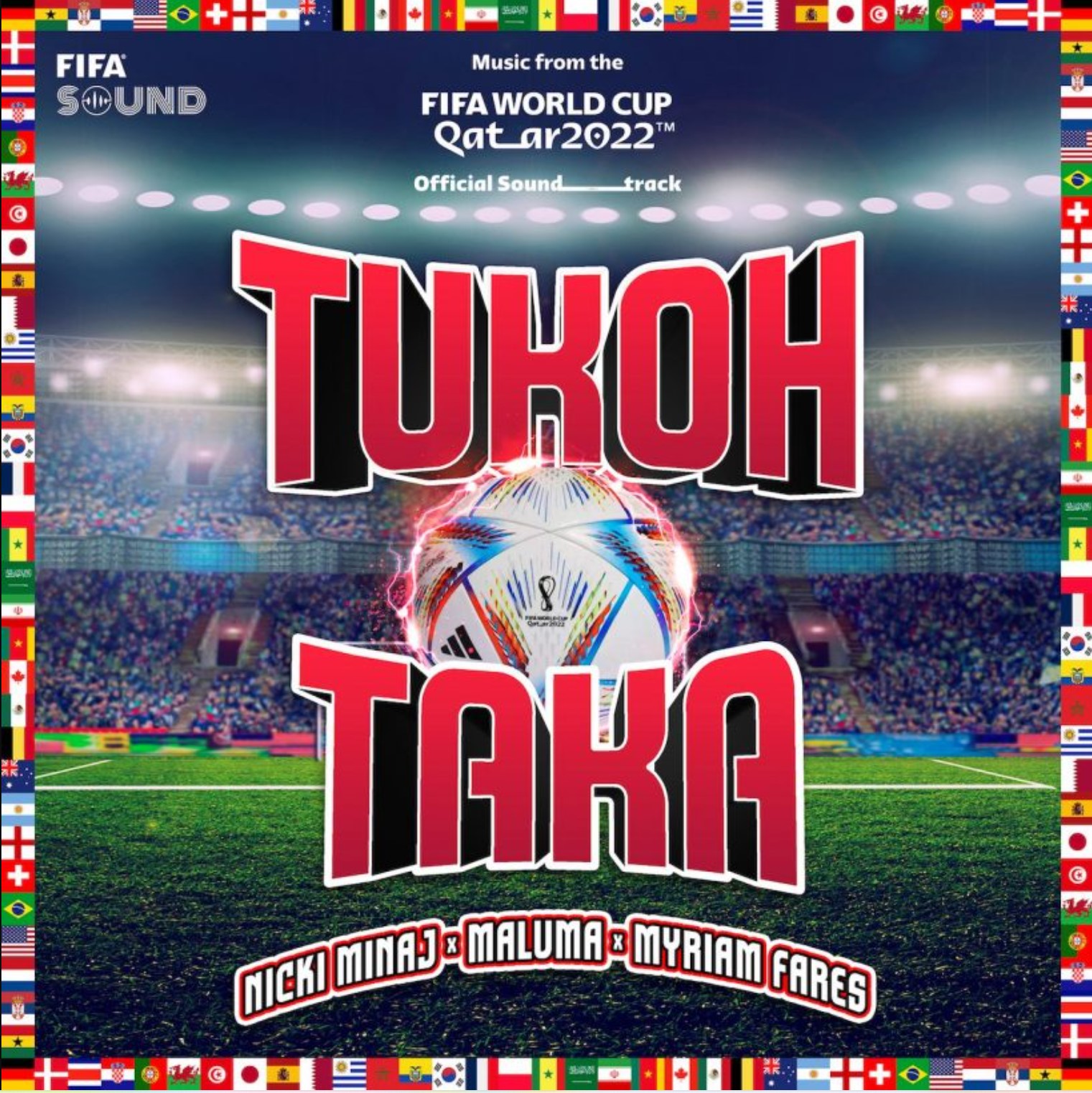 “Tukoh Taka,” produced by Gordo, Play-N-Skillz, and Massari, was made available with a music video. Maluma sings in Spanish, Minaj raps in English and Spanish, Fares sings in Arabic, and the song has lyrics in all three languages.

The lead single from Nicki’s upcoming fifth studio album, which will be the follow-up to Minaj’s 2018 LP Queen, is titled “Tukoh Taka.”

Nicki recently stated that she is finally preparing to release her most recent full-length work in an interview. “The fifth album,” the “Super Freaky Girl” rapper responded when asked what she had coming up next. Unfortunately, she only provided a few other details, but she did guarantee that fans wouldn’t have to wait too long.

The opening match between host nation Qatar and Ecuador marks the beginning of the 2022 FIFA World Cup on November 20. The competition will feature 32 teams from various nations. On December 18, the winner of the World Cup will be announced.

Watch the “Tukoh Taka” video below, and stream the song now on all major platforms.