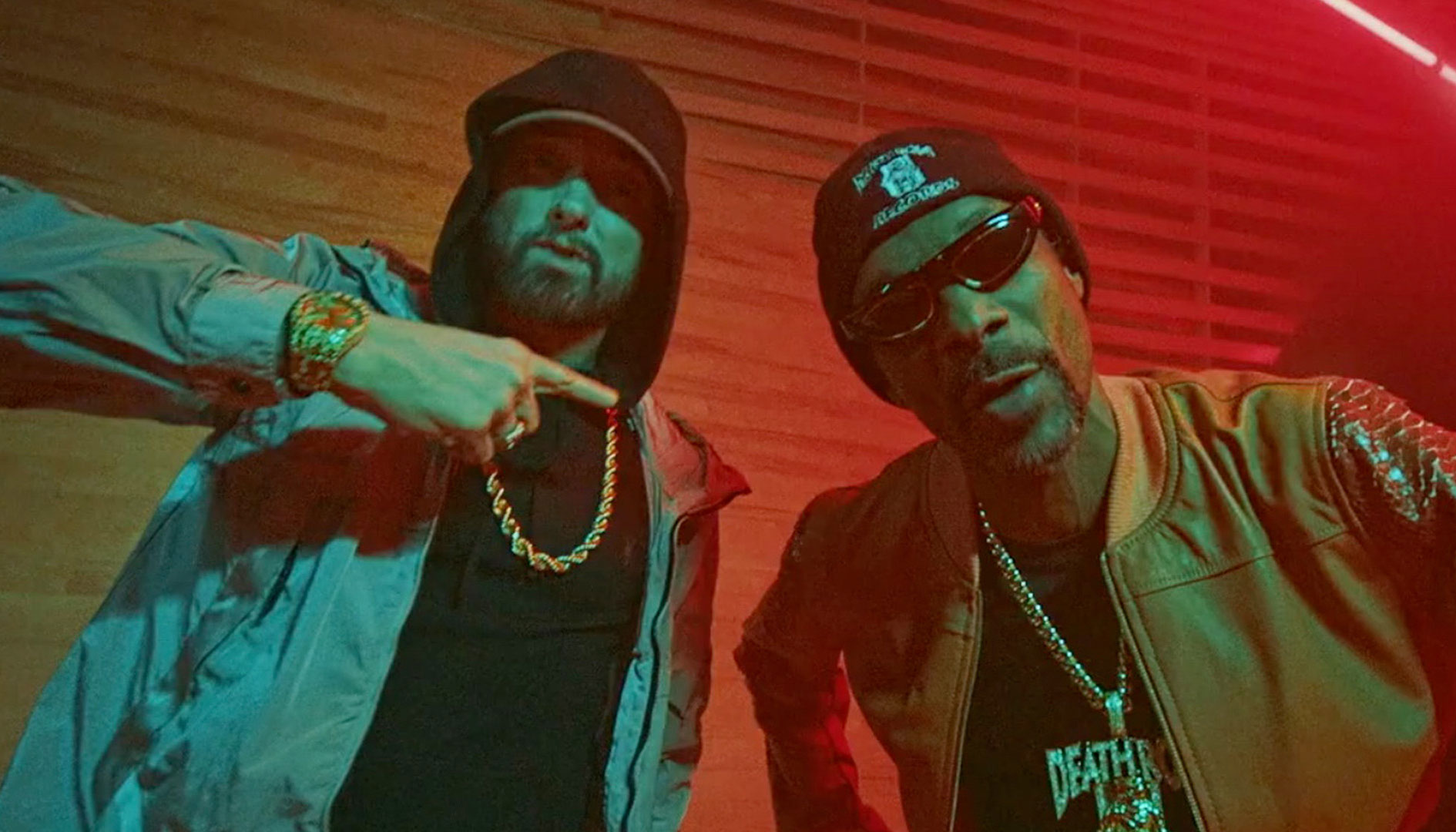 Talk about a blast from the past! For any and all hip-hop and rap fans out there this new song from legendary artists Snoop Dogg and Eminem, this new track is an absolute must-listen. With everything from the lyrics, beat, and flow of this song it sounds just like the late 90s and early 2000s iconic hip-hop masterpiece. The very first two lines summarize what every Snoop Dogg and Eminem fan has been thinking over the last few years, “Yeah, it’s been a minute. This probably should’ve happened a while ago.” Every fan of these two has been waiting a very long time to see these two pair up again to drop another hit song, and thankfully the two delivered with their latest song.

The lyrics of the song deal generally with the pair’s respective home cities, Eminem’s being Detroit and Snoop’s being Long Beach. And of course, it wouldn’t be a Snoop Dogg song with many references and love shown to the devil’s lettuce. The Death Row Records owner makes sure he throws in a lot of references to marijuana and each time he does it only brings us back even more. It is also very important to point out how much new music Eminem has been releasing lately.

From his re-release of the hit album “The Eminem Show” to this new track featuring an absolute legend of the game, it is no surprise to see why his fans have been so happy and grateful for everything he has been releasing recently. Now the question was posed after Eminem’s new album so it now must be asked regarding Snoop, should his fans be on the lookout for new music sometime soon?