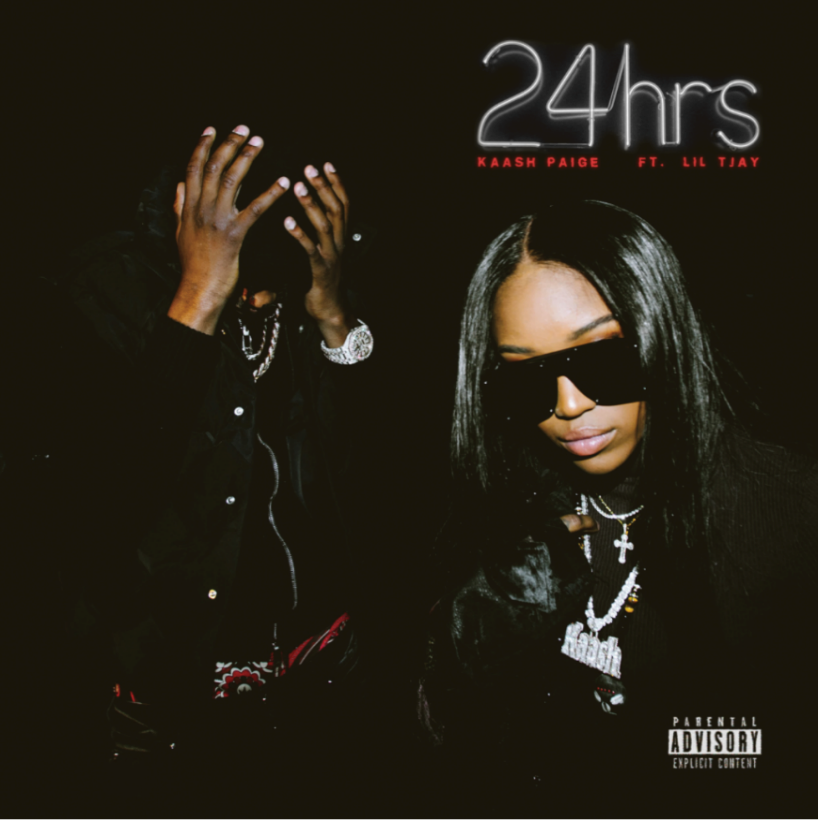 The Dallas native collaborates with Lil Tjay on the new collaborative single, “24 Hrs.” The track was released on May 27th, alongside a music video that undoubtedly matches the sultry nighttime vibe.

Kaash Paige and Lil Tjay swap verses singing and rapping about linking with a girl in their hometown at three in the morning. The music video begins with Kaash Paige parking her car and walking into a warehouse where she begins to receive a dance from a caged woman.

Lil Tjay appears later in the music video, sitting at a table with a half-filled cup, and women entering the room, surrounding him. Although this is the first time the two artists have collaborated with each other, they easily complement each other with their verses and within the music video.

“24 Hrs” is Paige’s most recent single alongside the track “Girlfriend” which was released about a month ago.