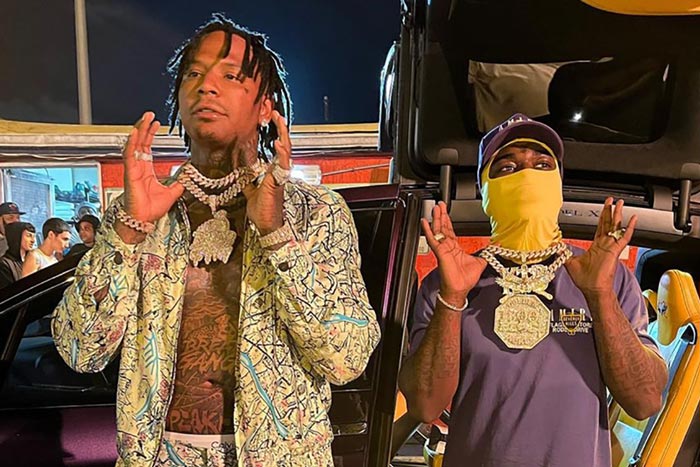 Moneybagg Yo is back in music mode with another impressive collaboration, “Rocky Road” ft. Kodak Black. The single was released on May 16th along with a music video. “Rocky Road” is his first single since his album A Gangsta’s Pain in 2021.

Moneybagg and Kodak trade verses rapping about repping their cities and self-reflection over a well-rounded beat in the new single. Moneybagg Yo specifically raps about Ari Fletcher, his girlfriend, who wants another child. “Ari want another baby but I’m too busy chasin’ paper/ Well, maybe, not right now, perfect timin’ might come later.”

This is not the first time Moneybagg Yo and Kodak Black have collaborated. In 2018, Kodak was featured on Bagg’s track “Lower Level.” They teamed up three years later for “Angels Never Cry” which appeared on Yung Bleu’s album Moon Boy.

Although this is Moneybagg’s new single since stepping back into the booth, Kodak Black has had a few releases recently. Black was featured in Kendrick Lamar’s album Mr. Morale & The Big Steppers on the track “Silent Hill.”

Whether you’ve had a chance to listen to this single or not, show some love to Moneybagg Yo and Kodak Black for their delivery on “Rocky Road.” “Rocky Road” is currently available on all music streaming platforms. You can listen below!