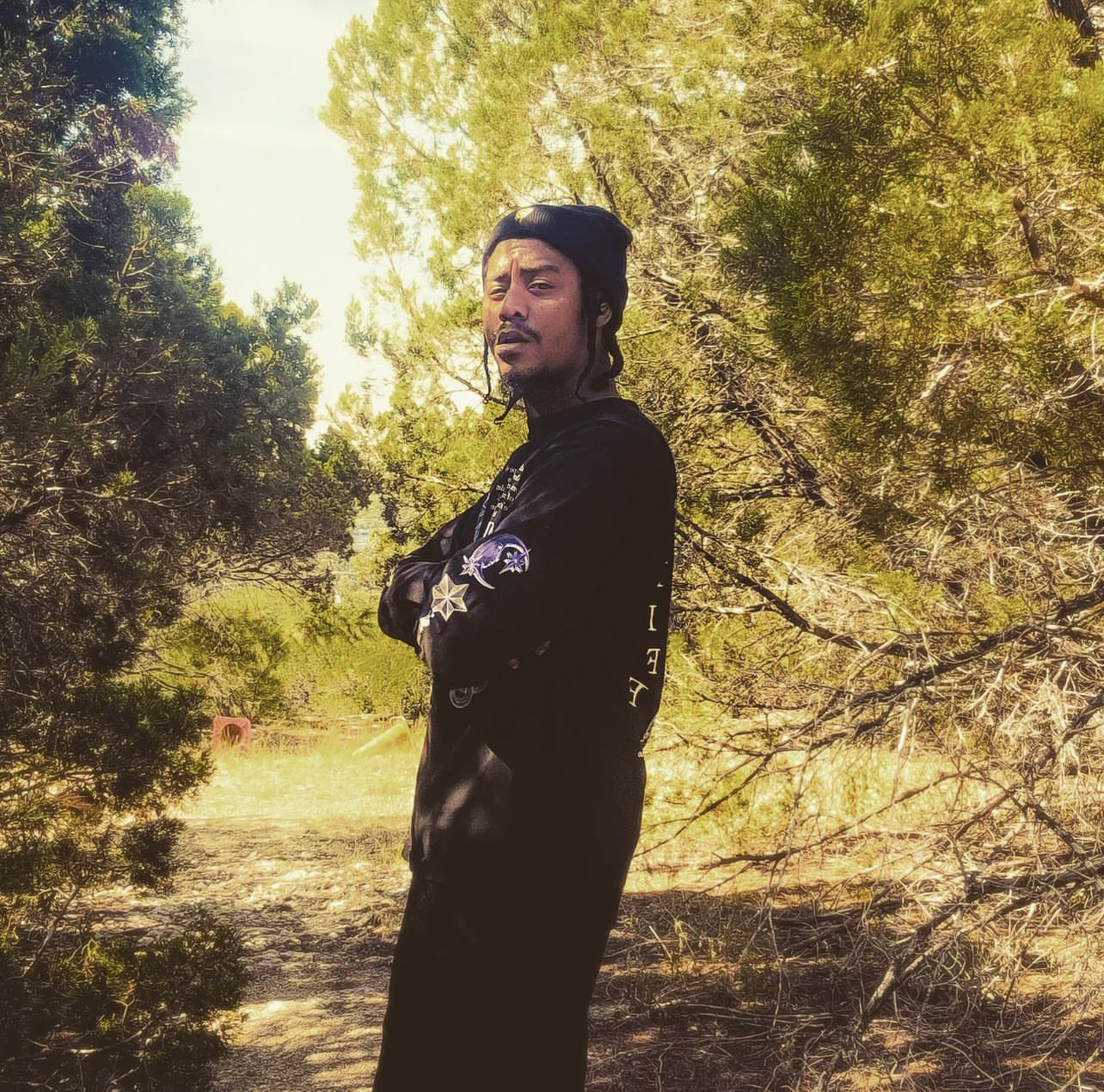 Born in Orange County, raised in Long Beach, and based in Austin, Texas, Moodie B Trublz has been around music his whole life. Between his dad being a jazz musician, learning a few instruments, and how to count music from him, Moodie B Trublz has been creating melodies in his head to instrumentals and songs he’s heard on the radio alongside writing poetry from a young age. Turning his poetry into rap, he and his cousins would take songs from on the radio and rap over them.

Describing his style as the skateboarding, anime, video game nerd aesthetic and looking younger than he really is, Moodie B Trublz has had great success and experiences, growing thick skin and putting it all together in his music. Being intelligent and standing ten toes down behind what he believes, he’s able to create a song out of any type of beat. Calling himself an “all over the place” styled artist and even the Bruce Lee of rap, his newer style over the years has evolved into harder trap beats. In his more recent projects, he’s even experimented with afrobeats.

Coining his name from his sister calling him moody due to his attitude after moving to Texas, Moodie B Trublz added the “B Trublz” portion of his name to signify that he’s been trouble and will always be trouble in the rap game.

As of right now, the independent artist is in the process of watching his artistry grow. Although he’s been in the music industry for over 13 years, he’s really just getting started and hopes to see the eggs he’s planted in different baskets begin to hatch. Around his fourth year in the industry, he took a three-year hiatus as a personal reset, and at the age of 19, he decided to pursue a career in music full-time. Afterward, he entered Kato On Da Track’s “No Sucka MCs 6” contest and began making more friends in the music scene. Loving being able to write his thoughts out onto paper in a poetic and lyrical manner as well as putting his own emotions and beats into a song, Moodie B has now dropped seven solo projects and 2 collaborative mixtapes. The first three projects, “The Ruff Draft”, “Revise Ya Eyez”, and “Final Copy: Fell From The Sky” were all created before he took his hiatus and when he was a part of the previous label, N.O.P. Creating a collab mixtape with his friend, D-Moe, called D.A.R.E (Dope Ass Rhyme Expressions) that features multiple ATX artists during that time. In 2020, he created “Kings See All”, “DEVOLVE”, “FIBONACCI”, and “By Tha Gram.” Calling “DEVOLVE” and “The F.A.S.T” his most prized projects, Moodie B opens up about how they opened up his musical talent.

“They really broke me out into the scene again and displayed my wide range of lyrical skills. It was also the birth of my alias DOGWOLF, which is my philosophy that we were once wolves who became domesticated into dogs.” He says. “People always call me wiggin’ out when they realize that they spell two different things each way, and it makes me laugh every time. Almost like I planned it, but I didn’t.”

“The F.A.S.T”, which dropped on Nov. 13th (Moodie B’s birthday) has 13 songs that he’s promoting while he works on new singles, features, and future projects throughout the year. This year, the budding artist plans on working on building a business plan so he can focus on music and hopes to hop on someone’s tour and get his music onto a bigger platform. In addition to this, he plans on getting more placements for his music in films and shows.

Although having a few pitfalls, there have been countless accomplishments such as getting his music played on Austin radio stations, and internet radio playlists, winning New Artist of the Year 2022 through Insanely Gifted Radio, having his song placed with a local Austin comedian who has a potential Netflix special coming out and working with Ryda4Life films in LA to have two of his songs played in one of their films.

Motivated by his wife and their potential future, Moodie B aims to build his fantasy up even more authentically. Wanting to expand worldwide and grace the pages of Genius and COLORS, he’d also like to collaborate and co-write a project with an R&B artist. Writing all of his music and although he produces from time to time, he normally works with multiple producers but one producer in particular for his more recent works and one engineer, Arza Aritzo and O$tacz (aka Odidthat).

When he’s not in the studio, Moodie B loves being around nature, especially the beach, going out, smoking and watching TV, playing video games, dabbling in art, which was passed down to him by his late Grandmother, and giving back to his community.

He leaves advice for anyone looking to follow in his footsteps to turn off the radio and listen to beats for a few months since many times we try to emulate and mimic styles that are already super popular.

He also leaves readers with a message.

“Everyone plays a part, and everyone is a piece on someone else’s board. Make sure you respect yourself like the king or queen you are and don’t let anyone else measure your worth based off of their side of the board. Also, don’t force anything or anyone to rock with you.. Eventually, others will see your value, and those same people will be back begging to work with you, so focus on yourself!” He states.

“Make sure to subscribe, follow me on all platforms, and stream/buy my music. Don’t forget to support struggling artists. If you know anyone around you that has the same dream/vision as me, support them like you do these artists that have made it. People remember who was down for them at their lowest, and the real will remember you when they’re at their highest potential. Sow your seeds and watch them grow!” He finishes.

As he said best, go ahead and follow him on all social media and listen to his music below!