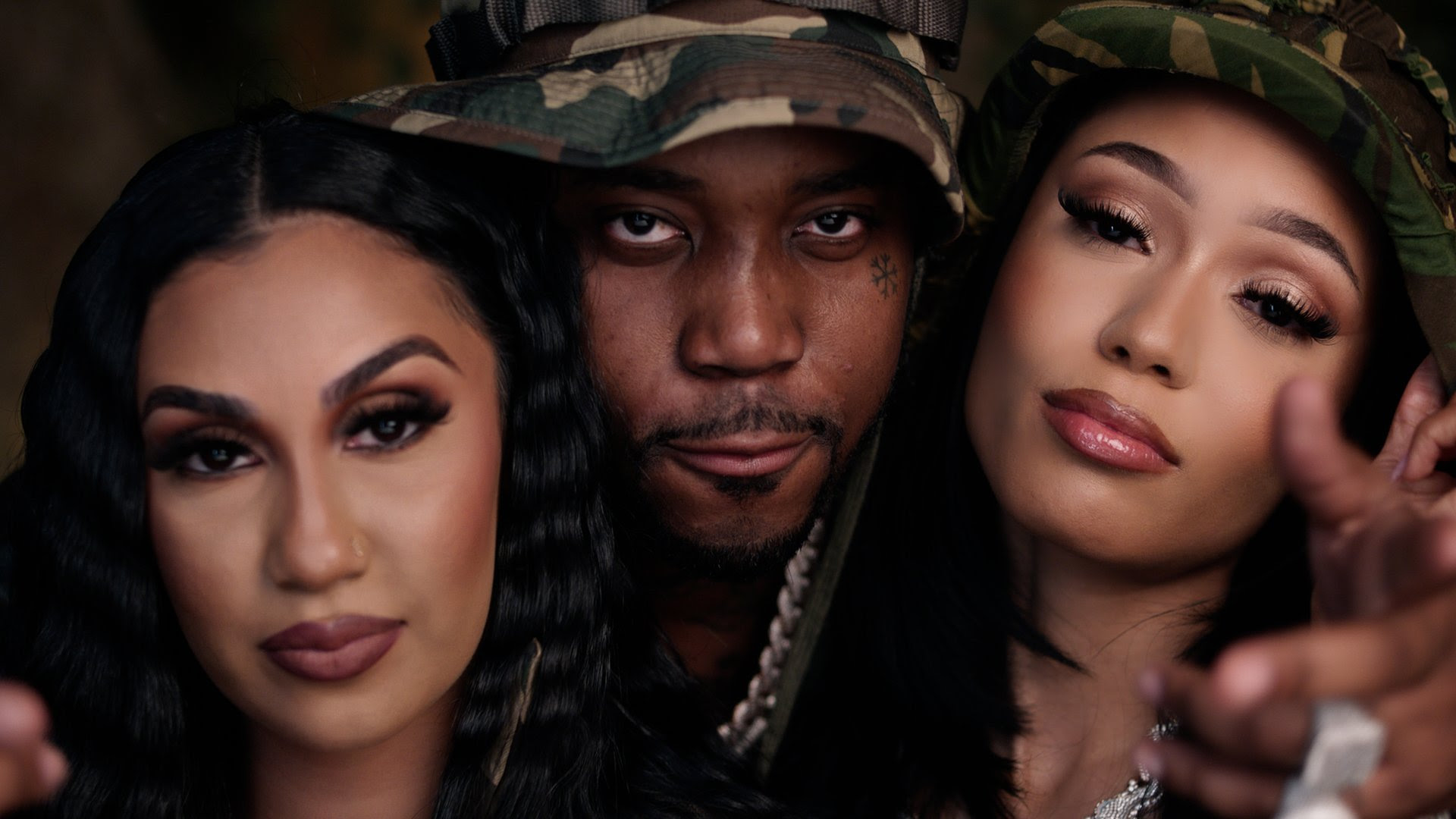 With many surprising collaborations this summer, Fivio Foreign, Coi Leray, and Queen Naija give us another one when they ask their partners, “What’s My Name.”.

“What’s My Name” is the fifth track off of Fivio Foreign’s first studio album, ‘B.I.B.L.E’, which stands for Basic Instructions Before Leaving Earth. The album, released April 8th, also features two other singles, ‘City of Gods’ which features both Kanye West and Alicia Keys, and ‘Magic City’ which features Quavo. ‘The song samples Destiny Child’s 1999 single, “Say My Name” and incorporates heavy, drill beats alongside Queen Naija, Coi Leray, and Fivio Foreign’s vocals. Fivio Foreign also pays homage to Beyoncé’s hit 2013 song “Partition” within the lyrics: “Fuck a partition, come ride with the boss in the back seat..”

Visuals for “What’s My Name” directed by Benny Boom, recently dropped on June 30th, when the three artists came together and charged up. The video opens with people partying, Coi Leray, Queen Naija, and Fivio Foreign standing together in front of a wall covered with dark green leaves matching with their green and white colored outfits. Foreign begins his verse in the backseat of a black truck alongside a woman before they kiss.

Queen Naija then begins her vocal-filled verse in a room surrounded by multiple people dancing behind her with a black-and-white filter. The video cuts to her dancing with Fivio Foreign and then rapping with Foreign and Coi Leray with a green background aforementioned.

Coi Leray opens her quick-witted verse in a red room with a matching red snakeskin patterned bikini top holding a snake. Her verse goes between the green, black-and-white, and red backgrounds with Queen Naija and Fivio Foreign.

The creative direction in this video was absolutely everything and Fivio Foreign, Coi Leray, and Queen Naija really did their thing with this song, leaving many wanting more collaborations like this from all of them.

Go watch the music video for ‘What’s My Name’ below!