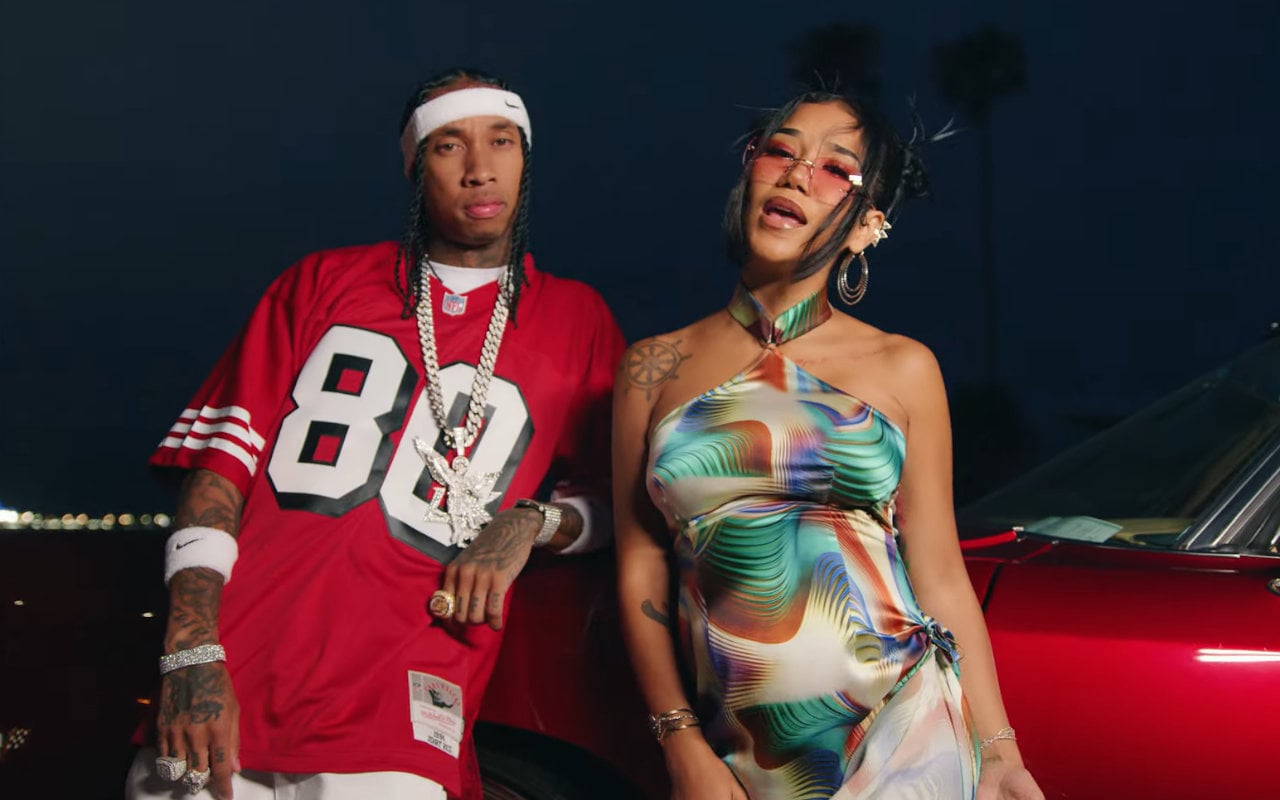 Look, when it comes to a star-studded collaboration like this, you know the music video is set to be iconic!

Sunshine, which was released on August 12th and features Jhene Aiko, Pop Smoke, and Tyga, now has a music video, and let me just say it is the cutest thing ever! Following what’s supposed to be Young Tyga and his childhood sweetheart as he signs up for their school’s talent show. Throughout the video, we follow the two as they grow up, seeing Young Tyga and his girlfriend sharing milkshakes, eating ice cream together, taking polaroids, etc.

The video then shifts to recordings of Pop Smoke’s previous performances and even includes what’s supposed to be Young Pop Smoke at the talent show, with a verse of his own! Not to mention, Jhene Aiko absolutely styled out singing the chorus. The whole video absolutely gives the 90s and early 00s vibes with the airbrushed t-shirts, oversized jerseys, bucket hats, and jewelry. Oh, and you can’t forget about the original sample by Lil Flip, who also appears in the video!

At the end of the video, they also pay tribute to the late Pop Smoke, adding a memorial with the quote, “The smoke will never clear,” in addition to resources for his Shoot For The Stars Foundation.

Make sure to listen to Sunshine below!