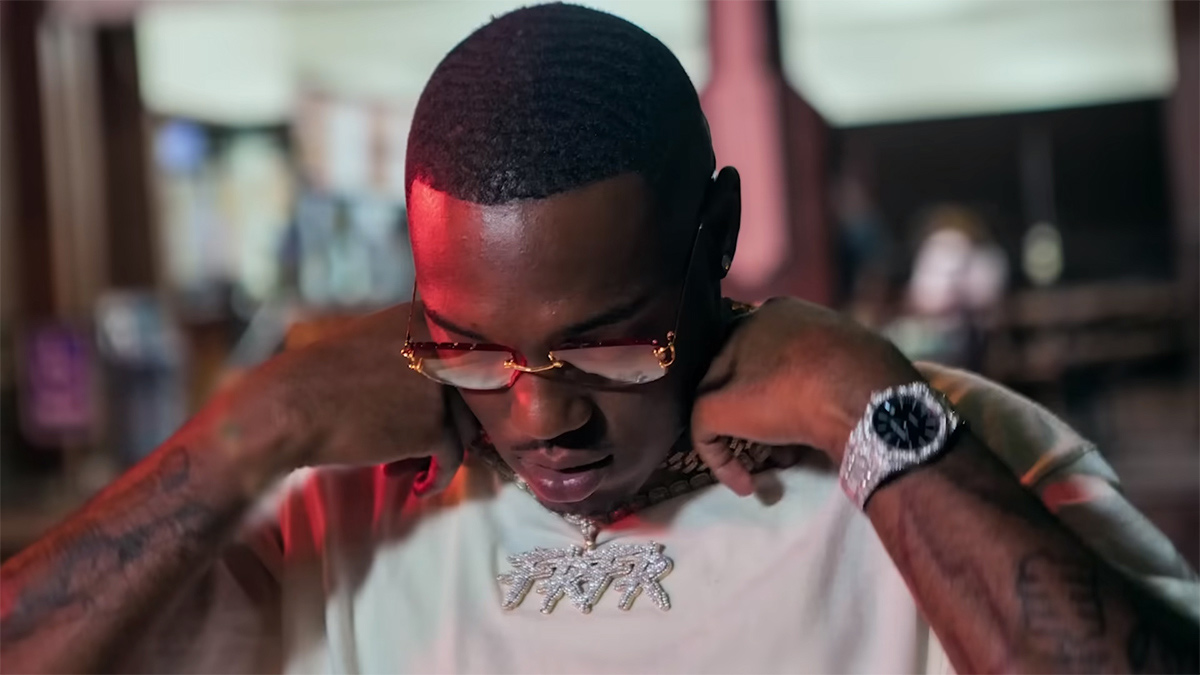 West coast rapper, Kalan.Frfr has done it again with the visualizer of his track, “Light Breeze”!

“Light Breeze” dropped earlier this year on July 21st and was the lead single for his studio album, ‘222’. ‘222’ was released on August 5th and consists of 13 tracks, one featuring fellow west coast rapper, Blxst.

The visualizer for “Light Breeze” was released on July 21st as well. The video, directed by Ben Marc, opened with a colorful overhead view of Los Angeles. The laidback beat and warm visuals are certainly fitting for such a summer-y type of song. Throughout the video, we see Kalan.Frfr pay homage to his younger self while riding in a Corvette with the girl he sings, “lil’ mama sweet, she a sweet tea.”

Between earning the title of BET Amplified Artist of September, performing at Made in America and so much more, Kalan.Frfr has been on the move!

Make sure to listen to “Light Breeze” below!