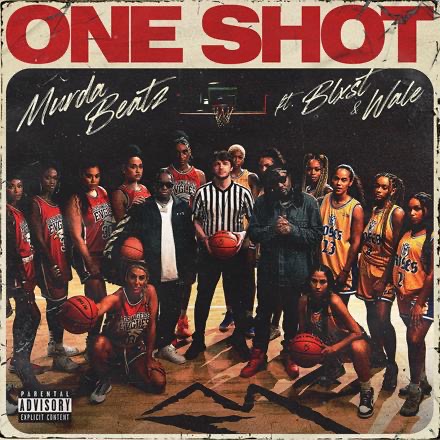 “Murda on the beat, so it’s not nice’ – This producer tag has been heard at the beginning of many dope tracks in hip-hop. Grammy-nominated producer, Murda Beatz just dropped the video for his song “One Shot”. Murda recruits D.C. rapper, Wale, and hot new artist, Blxst to be featured on the track.

The Canadian producer and DJ created the dope beat to the song, in which Wale and Blxst rap about only giving a girl one chance. “Cause I love hard if you cross me I’m quick to forget you” says Wale in the first verse of the song.

Notable lyrics from “One Shot” are:

If you lose me, I’ll be gone forever

I need a women with class, I need scholarship effort

It’s never cap if I quote it, I better shoot if I tote it

‘Cause I’ma movement by myself

But we can be a force when we’re together

The music video, directed by madebyJAMES, is set up to portray a women’s basketball game. Murda is the referee, and Wale and Blxst are the coaches. The video features basketball athletes such as Bri Green and Jayda Bovero, as well as a few others as the players.