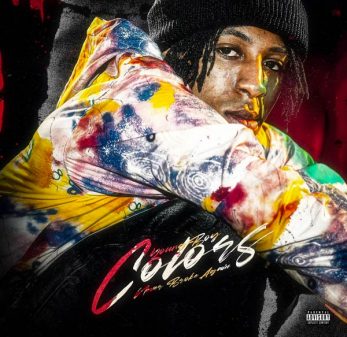 He’s back like he never left. NBA YoungBoy just recently released his newest project, ‘Colors,’ a mixtape filled with many emotional ups and downs, bringing everything YoungBoy has got into this project. YoungBoy expresses his feelings towards those who are in his life, whether they have betrayed him, looked down on him, or have loved him, he is not shy to express his true feelings towards them.

With a mixture of aggressive hooks and beautiful melodies, YoungBoy shows off his true talent with this mixtape. After being in incarceration for some time now, NBA YoungBoy brings forth this project as though he never left. As though he was never forgotten, for let the record show that was never the case. NBA YoungBoy has been in the big music scene for some time now and yet he is still surprising fans with his ability to continue growing as an artist. The latest example of this would be his feature on “Call Me If You Get Lost,” an album by Tyler, The Creator, where he shows a much lighter side of YoungBoy, where he raps about love and his true feelings towards another person.

Based on the mixtape, ‘Colors,’ NBA YoungBoy showed his ability to be versatile on the topics he puts into his music. Showing that he is bringing forth much more than what he has already brought.