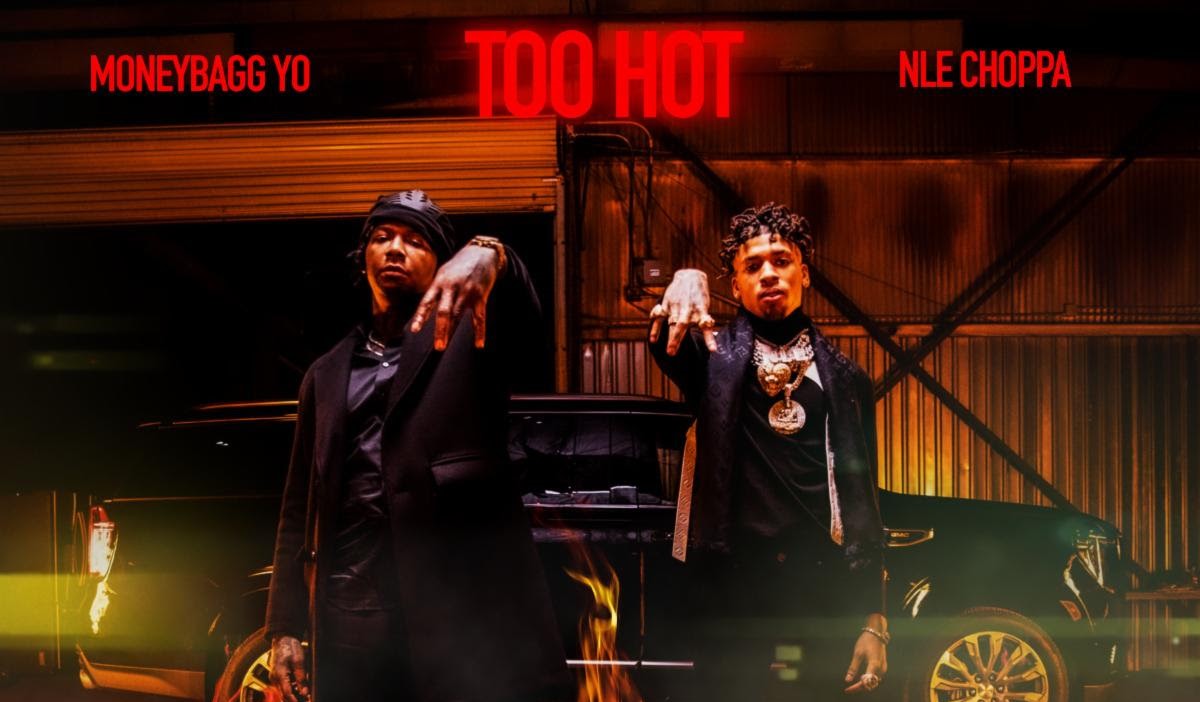 NLE Choppa just released a new hit off of his debut album that’s “Too Hot”. The video for the song was posted on YouTube as of nine days ago, featuring Moneybagg Yo. As for both, the video and the song are creative and literal with an obvious, hip-hop feel. It’s obvious, as in, not surprising if you’ve ever listened to an NLE Choppa song.

The beginning of the produced visual starts out with a very dramatic, and fiery theme. Cars are on fire, dancers are in cages, and drugs make an appearance in one of the scenes. This explicit single has both well-known artists who mesh well together in combining their flows and rap styles. “Too Hot” is just one, out of the 16 tracks that are on his most recent album of 2022, “Me Vs. Me”, which he released at a later date than planned “out of respect.” For the death of the belated rapper, Young Dolph. The single that features Moneybagg Yo is also ironic, considering that he also has a song with the same title as NLE Choppa’s new album.

This track is the first song to drop from the album, and is in the top 20 of what’s been trending, on YouTube. Seems like a good listen, considering it has 2.5 million views already and is available on all platforms.