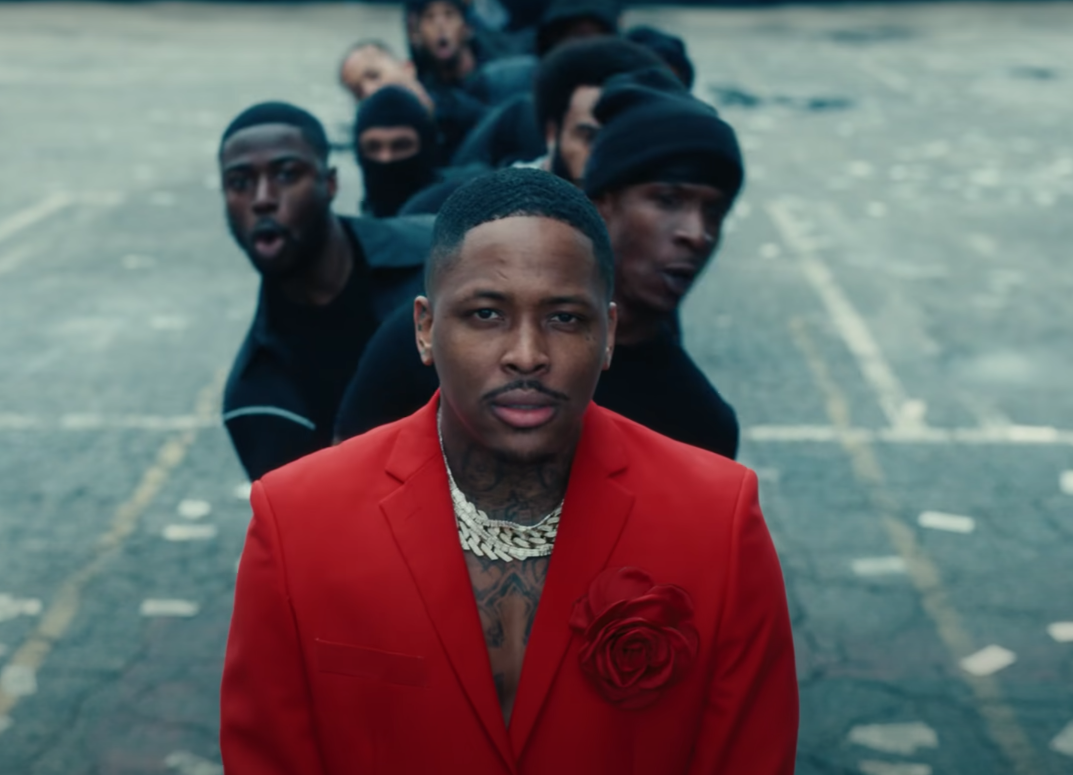 YG just dropped a song titled “Scared Money” on February 4th, 2022. The song has J. Cole and Moneybagg Yo as the features, and all three of the rappers do their thing on the track.

YG also dropped the visuals for his latest single at the same time as the song’s release. In the video, YG stands on top of a truck while money rains down on him in an all-red suit. Cole sits and raps his verse as if he’s a sports player being interviewed. And Moneybagg Yo raps from inside of a vault full of money.

The theme of the song is all about money and flexing the lifestyle that comes with fame and fortune.

Notable Lyrics from “Scared Money” are:

Brand new Glock, I adore it, have a n***a runnin’ like Forrest

Three cribs in the same neighborhood, I’m that rich

“Scared Money” is the California rapper’s first single of the year, as he hasn’t released a solo studio album in about a year and a half. His fifth studio album was released in 2020, titled ‘My Life 4Hunnid’. Hopefully, the release of this single means we might be seeing a new project soon.