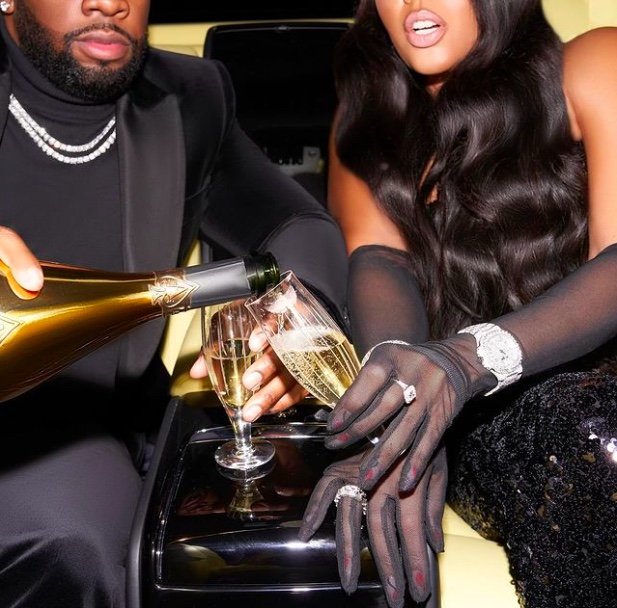 Rapper Yo Gotti and reality star Angela Simmons confirm their relationship and attend a basketball game as their first public outing.

The relationship was confirmed on New Year’s Eve when Simmons and Gotti posted on their Instagram’s with photos of the pair. The two are pictured in all black, formal attire, making a bold entrance into 2023.

Moving forward to January 18th, the two sat court-side during the basketball game between the Memphis Grizzlies and the Cleveland Cavaliers. Following their appearance, Simmons posted to her Instagram a photo of them from the game with the caption “Long as I’m next to you.” Fans have continued to be supportive of the pair, pleasantly surprised by them coupling up.

Although fans are surprised, Yo Gotti has publicly announced his feelings for Angela Simmons in the past. In the Memphis rapper’s hit track “Down in the DM” his lyrics say, And I just followed Angela (Simmons) / Boy, I got a crush on Angela Simmons / They like, “Damn Gotti, you bold” / Fuck it, I’m gon’ let the world know (#goals).” Despite this already bold lyricism, he continued this two years later in his track “Save it for Me;” Gotti raps, “Passed my number to Angela, I thought I had her (I thought I had her) / Her n***a cuffed her, married, it made me madder.”

Fans are excited to see what is in store for the couple going into the new year and wish them the best!

In this article:Relationship, Trending, YO GOTTI