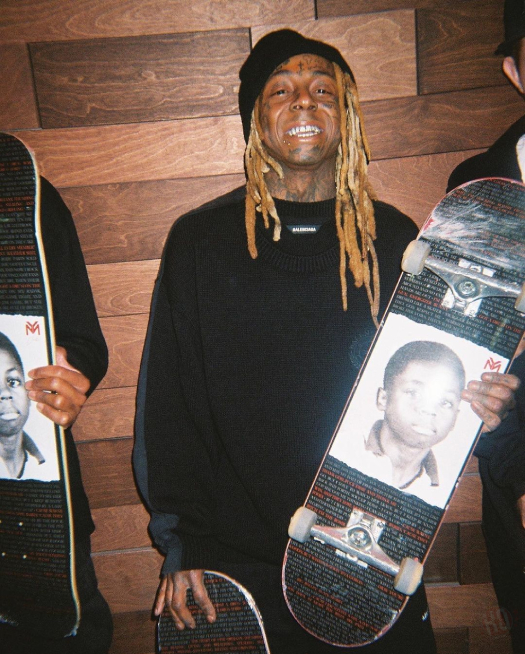 Lil Wayne is a legend in the music world, he’s been able to achieve so much since he started his career at a very young age. Now he can cross being a professional skateboarder off his list as he recently announced that he has made it big time on the board. Lil Wayne started skating a decade ago at a private skatepark and now it has finally come full circle. Professional skaters Torey Pudwill, Keelan Dadd, and Yosef Ratleff joined him as Wayne was given his pro model skateboard. This Christmas gift was Wayne’s official sign of being recognized as a pro skater. The board features a childhood photo of him with some of his favorite rap lyrics.

“This was a Christmas gift, but I decided to turn it into a surprise because it would be more meaningful that way,” Lopez said in a video. “As Wayne’s videographer, I wanted to do something special for him that he’d remember. I approached Torey, owner of Thank You Skate Co., with the board design, and he was able to help execute the production process.”

In this article:Rap, What's Poppin LA