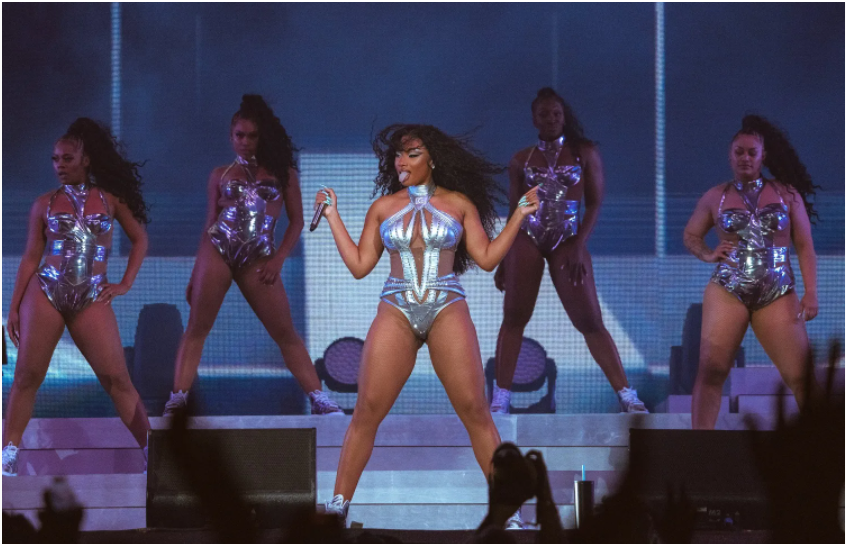 Coachella is back! After a long two-year hiatus, the iconic Coachella Festival returns better than ever with diverse artists, new music, and undeniable performances in its first weekend.  Performances from Doja Cat, Megan Thee Stallion, Lil Baby were one of the biggest highlights throughout the weekend.

One of the most notable performances was Megan Thee Stallion as she performed her new song ‘Plan B’ in a stunning sparkly one-piece amongst the cheering crowd. Another interstellar star brought out the heat on the stage as well. Doja Cat performed ‘Woman’ and ‘Vegas’ to a massive crowd all intrigued by the performer.

Lil Baby made a remarking moment by playing the song “Bigger Picture” while showing images of a Black Lives Matter rally, which gave the performance a niche and important part of the Coachella Weekend. Among others, Harry Styles, Billie Eilish, and The Weeknd became big talk during the festival for their stellar outfits and musical performances.

Another factor that made Coachella big this year was the many acts from 88rising, the Asian-led music company featuring performers like Danupha “Milli” Khanatheerakul with her hits such as “Sudpang” and “Mirror”. Along with a reunion from the K-Pop group, 2NE1 appeared during the “Heads In The Clouds Forever” set, these performances were unforgettable!