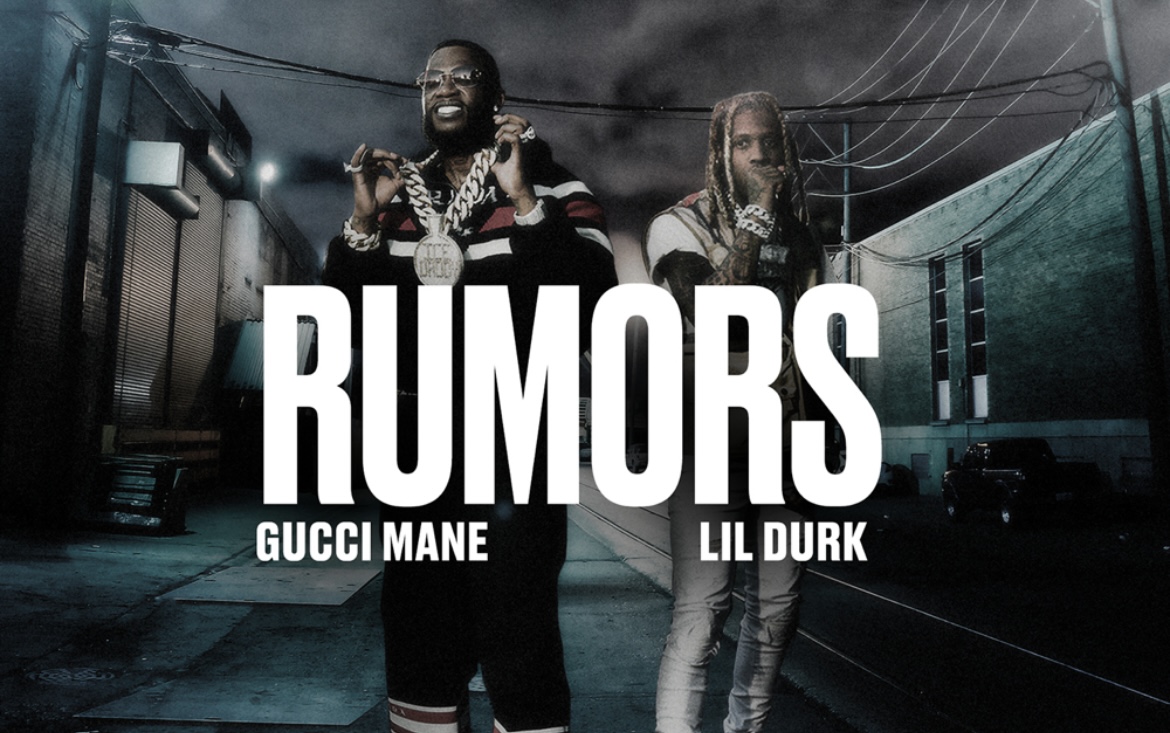 Gucci Mane and Lil Durk link up on a new collaboration, “Rumors”. This marks just the second time the Georgia and Chicago rappers have come together on a song, with the last collaborative effort being on the 2014 song, “Wit Us”.

The hard hitting song (produced by the one and only Tay Keith) was released alongside a music video which shows the two artists showing off all their jewelry accompanied by some braggadocious bars. Lil Durk is seemingly looking to continue his very impressive run over the past two years, which has saw him go in the mainstream spotlight with his 2020 album ‘Just Cause Y’all Waited 2’, the 2021 joint album with Lil Baby ‘The Voice of the Heros’ and a run of incredible features including being on Kanye West’s ‘Donda’ album. As for Gucci Mane, he has put out quality song after quality song throughout his long and storied career. With Gucci’s most recent project being a christmas album that fans have come accustomed to seeing being released around the holidays in ‘So Icy Christmas’. Which included the song, “Long Live Dolph”, a tribute to the late rapper Young Dolph who was tragically shot and killed late last year.

You can stream “Rumors” by Gucci Mane and Lil Durk now on all major streaming platforms.