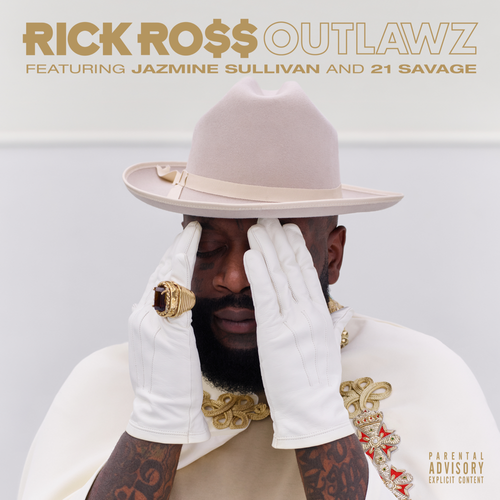 On November 12th, Rick Ross Released a single titled ‘Outlawz’ Featuring Jazmine Sullivan and 21 Savage. Jazmine Sullivan provides a smooth melodic chorus while Rick Ross and 21 Savage support it with confident laid back bars. Rick Ross stays on his boss vibe rapping about the different style of wealth than that of other rappers in the industry. In the first verse, Rick Ross raps about his extensive collection of cars and how other rappers “only ballin’ when they album drop”. He also includes lyrics about his career in the “dope game”. 21 Savage comes in all too smooth in the second verse with his signature “Whoa, whoa, whoa,” and follows it up with a smooth verse talking rapping about his life filled with “vvs diamonds, TEC-9s, and bad choices.” Rick Ross comes back in hard for the third verse, rapping about life and spreading street wisdom. The verse begins with:

“They callin’ it pandemic, when it’s really life
The only way to separate the men and mice
Until you seem successful, you considered roguish
That’s why you seen that n**** pull up in a Lotus”

Rick Ross has been a veteran in both the streets and the rap industry for many years and you can tell how much wisdom he has gained through his tone and lyrics. It is great to see Rick Ross releasing music again and we hope to see more from him soon!