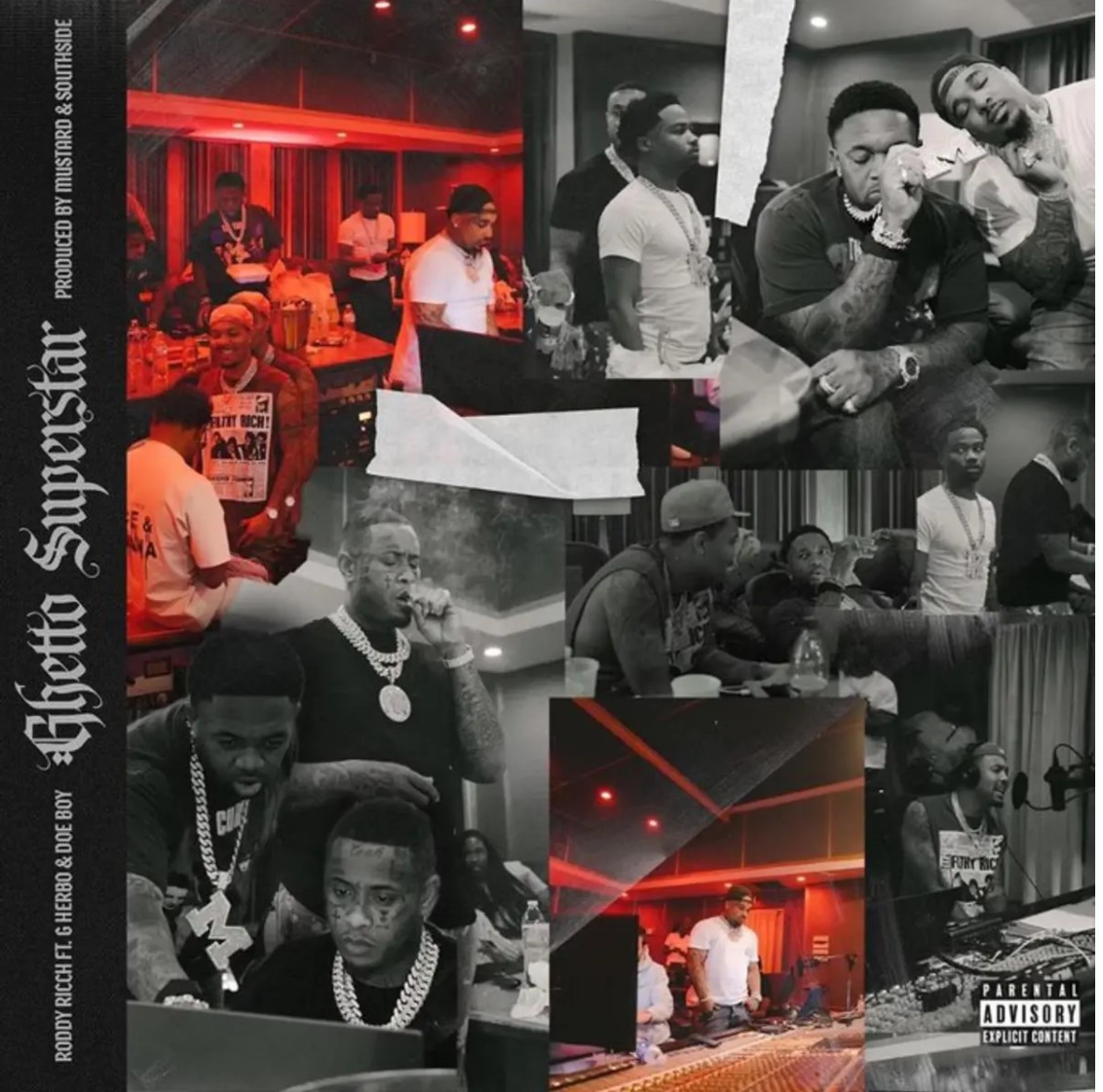 For his most recent track, “Ghetto Superstar,” Roddy Ricch teamed up with G Herbo and Doe Boy.

Ricch, Herbo, and Doe Boy all deliver cutting verses about their money, ladies, and abilities to defend themselves on the song that Mustard and Southside produced together. The Big 3, Ricch’s most recent EP, which also served as the follow-up to his second studio album, Live Life Fast, is followed by “Ghetto Superstar.”

A follow-up to his critically acclaimed 2018 release Feed Tha Streets 2, the Compton rapper is now in the studio producing his upcoming mixtape Feed Tha Streets 3. Roddy updated the tape in July this year and said the release date would be in 2022.

Roddy is getting ready to hit the road with Post Malone for the latter’s Twelve Carrat Tour in the meantime. The cross-country tour begins on September 10 in Toronto and stops in Chicago, New York, Atlanta, and other cities before ending on November 16 in Los Angeles.