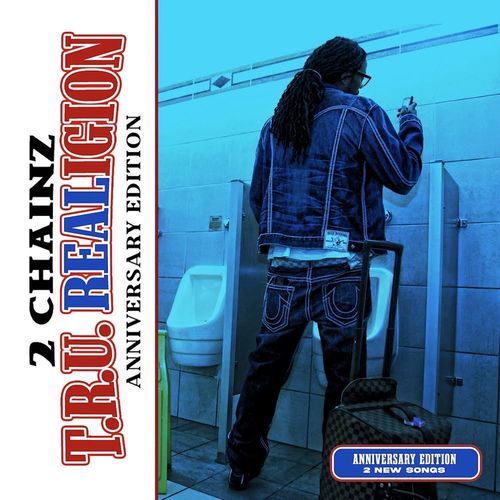 2 Chainz over the years has become a household name for music from Atlanta, but a lot of people don’t realize his origins didn’t begin with the titular name. Back in 2011, the Atlanta rapper put out ‘T.R.U. Realigion’, the first mixtape under the new name, 2 Chainz after being Titty Boi since the beginning of his musical career. This was the birth of the superstar we all know today.

The original mixtape was released as a 15 track project, with features from Young Jeezy, Big Sean, Jadakiss, Trey Songz, and more. The mixtape also tapped DJ Drama to host, which was a huge honor back in the mixtape days. With DJ Drama more recently being the host on Tyler the Creator’s 2021 Album ‘CALL ME IF YOU GET LOST’. Filled with braggadocious bar after braggadocious bar and car rattling anthems, looking back you could tell that this was the match that lit the flame for 2 Chainz’ career.

The rerelease of the mixtape also marked the first time that it was available on all major streaming platforms. Which also include two new songs, “Sofa” featuring Wiz Khalifa and “Wreck” featuring Big Sean.

Highlights from the tape include, “Slangin Birds” featuring Young Jeezy, Yo Gotti, and Birdman and also “Sofa” featuring Wiz Khalifa.

The College Park rapper also announced that he and DJ Drama will be going on a short five-stop tour, with stops being in Chicago, Charlotte, Myrtle Beach, Silver Creek, and Atlanta. You can now stream ‘T.R.U. Realigion’ by 2 Chainz on all major streaming platforms.