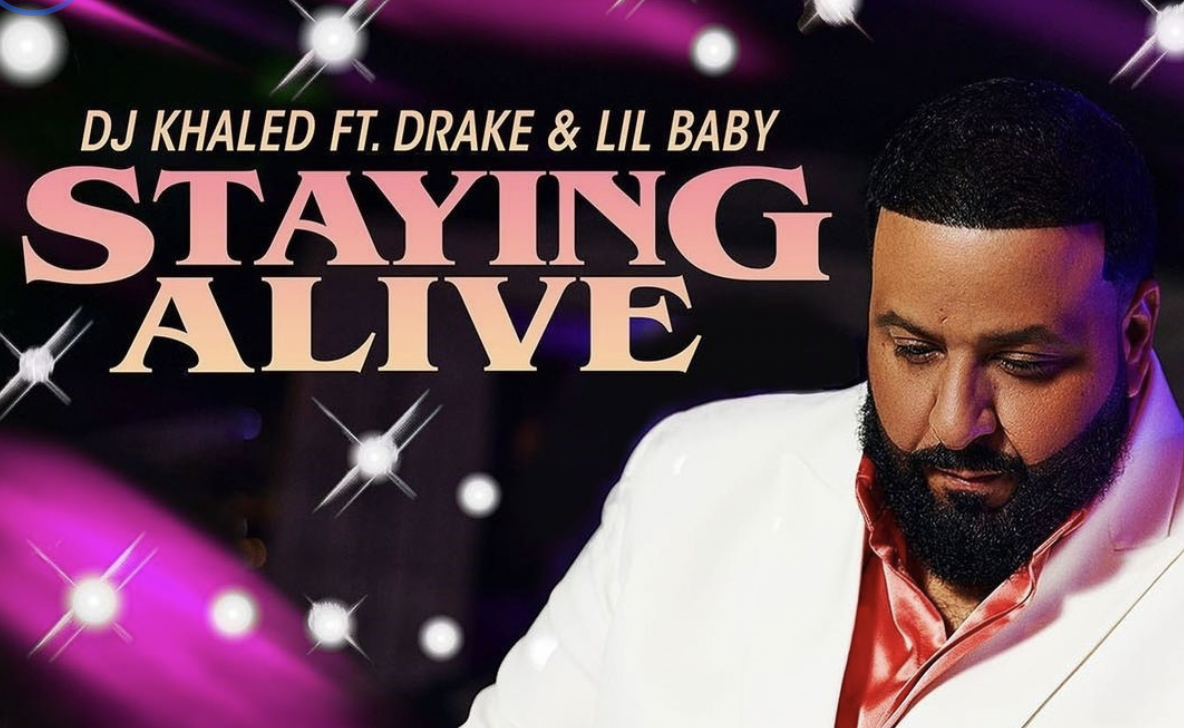 A recreation of the Bee Gee’s “Staying Alive” has been made by DJ Khaled with his collaborators Lil Baby and Drake. The song will be the first single release of DJ Khaled’s new album God Did.

The lead singles off DJ Khaled’s forthcoming 13th studio album, “Staying Alive,” interpolates the 1977 Bee Gees hit of the same name and credits the band’s three members as writers. Prior to the song and video’s release, DJ Khaled teased his collaborators’ characters on Instagram. Introducing Drake as the head of neurosurgery, Lil Baby as the head of cardiothoracic surgery, and himself as the head of general surgery.

Directed by RT!, the visual occurs at Khaled Khaled Hospital and finds the three artists working together in the medical wards. Lil Baby saves a life as a surgeon after smoking a blunt; Drizzy brings out the red cups and hookah, while Dr. Khaled delivers his trademark words of inspiration to the rest of the employees.

“Staying Alive” will come out on Aug. 26 via We The Best Music Group/Epic Record. The album follows last year’s Khaled Khaled, which landed at No.1 on the RS Charts. In the coming weeks, the rapper will release the track list for God Did, which will also feature Jay-Z. You can check out the visual below!