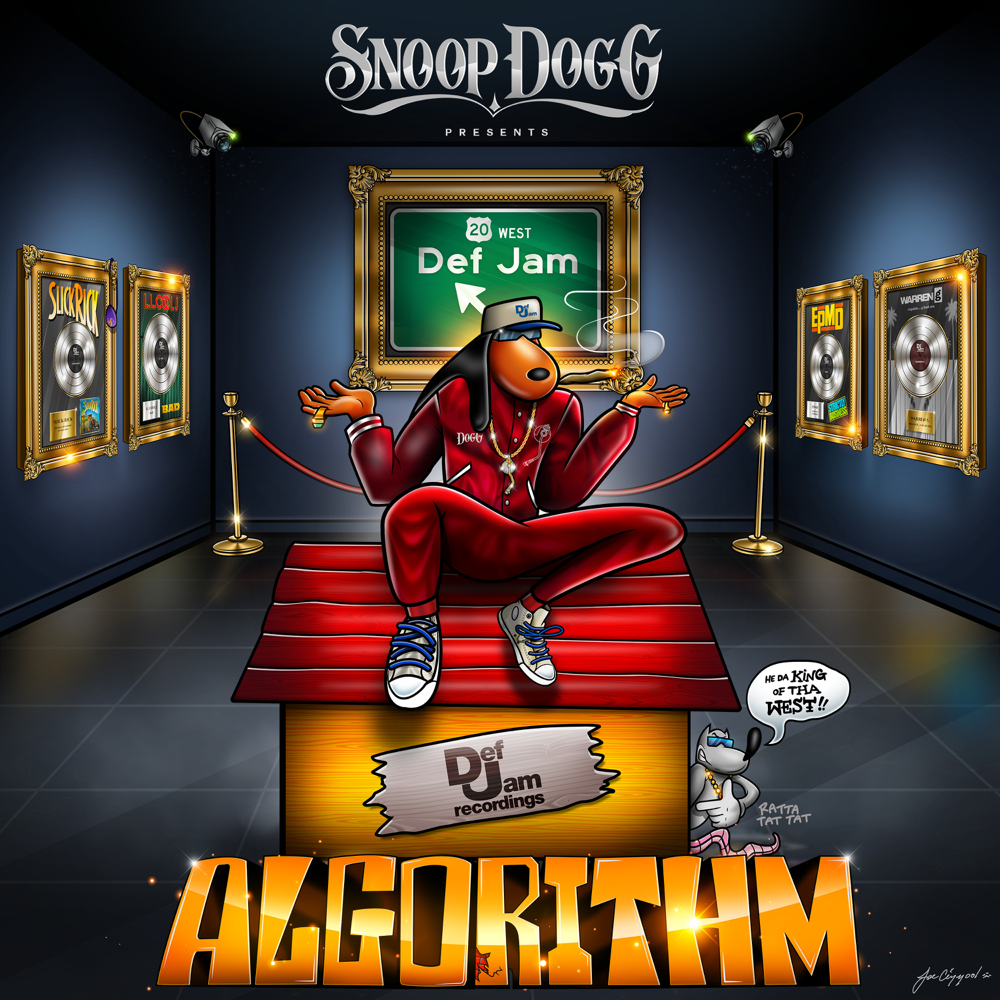 Snoop Dogg is back and as good as he’s been in a long time with the release of his new album, ‘Algorithm’. This marks the first release for the legendary West-Coast MC as Def Jam’s new executive creative consultant. Snoop has worn many hats in his long and illustrious career, rapper, actor, chef, sports analyst, you name it and Snoop Dogg has probably tried his hand at it. And his role at Def Jam Records is just the latest in that list.

The album itself is less of a Snoop Dogg solo project as it is more so an album hosted by him. With an all-star cast of legendary artists that all show up and out on the project, like Ice Cube, E-40, Too $hort, Jadakiss, and many many more. Along with newcomers and rising stars like Blxst and Jane Hancock on songs, “Go to War” and “Like My Weed” respectively.

Some highlights off the album are the aforementioned “Go To War” featuring Blxst, “Big Subwoofer” featuring Ice Cube, E-40, and Too $hort, and also, “Murder Music” featuring Benny the Butcher (a newcomer to the Def Jam roster), Jadakiss and Busta Rhymes.

You can stream ‘Snoop Dogg Presents Algorithm’ by Snoop Dogg on all major streaming platforms now.