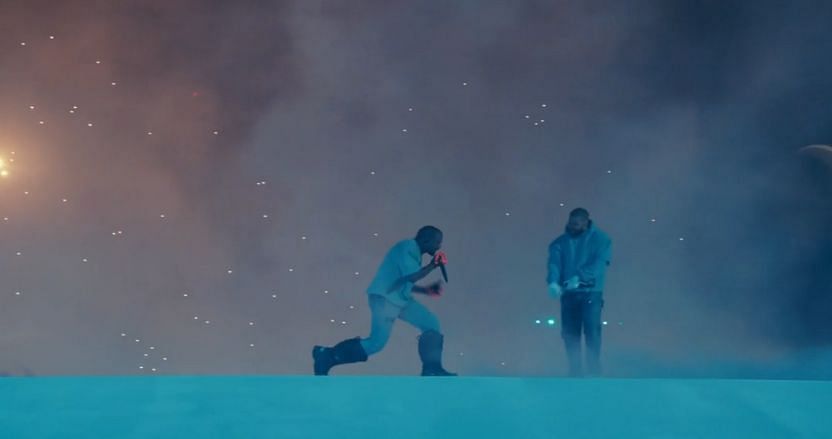 Something we have been waiting years for has finally happened. Legendary artists Kanye West and Drake ended the feud and came together to perform a concert for both our enjoyment and charity.

Budgeting $10 million and around 70,000 fans attended, plus the concert being televised, this concert made some movement in the media and was definitely a concert to be remembered to the end of 2021. The concert started with Ye’s Sunday Service Choir performing Adele’s “Easy on me” as Kanye and Drake both walked out to the crowd. Kanye West started out with him performing many of his classic hits such as “Runaway”, “Gold Digger” and some songs from his early album ‘College Dropout’.

Kanye ended his set with a cover of Drake’s “Find your Loving”. Drake goes on to perform and also covers “24” from Kanye’s recent album ‘Donda” and goes on to perform some of the songs from his recent album ‘Certified Lover Boy”. He performs some classics such as “God’s Plan” and ends the concert with the song “Forever” which features Kanye West. The concert was the event of the year after the feud between both artist albums ‘CLB’ and ‘Donda’. It shows that no matter the situation, we love both these artists for their creativity and drive in the music industry. Let’s hope we see a Drake and Ye collab album in 2022.