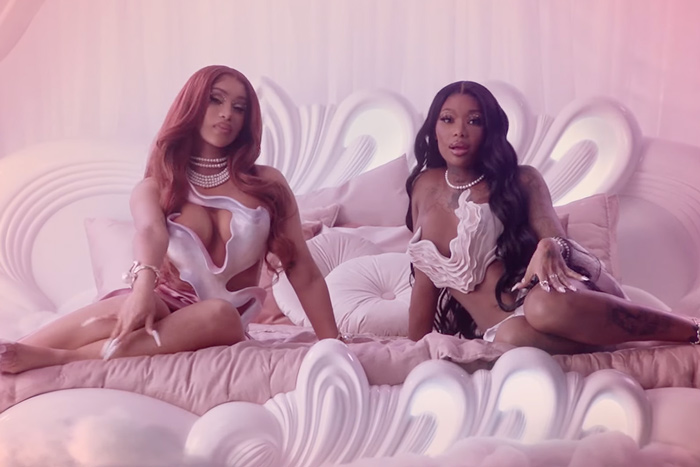 Summer Walker’s “Still Over it” has received great reviews. Many fans commend her for sharing her vulnerability through her music. Fans love that they can relate to her music. Recently she took a track from the album and added a well-respected female rapper!

Summer Walker adds Cardi B to “No love”. The track originally features SZA. Cardi B switches between rapping and singing. The rapper expresses that she is hurt by her lover so, she is going to seek revenge! Then it is back to Summer Walker who sings how she would only want her lover back for only one thing. (Wink! Wink!)

SZA sings the same sentiments as Summer Walker, but reminds her lover of what he is missing!

Along with the Cardi B feature, a video was released with the three ladies. The ladies are seen wearing eye-catching attire and the backgrounds are filled with beautiful backgrounds. The video is sexy in its own right.

The video premiered on March 26th and has reached over 4 million views and counting.

Check out the video below: