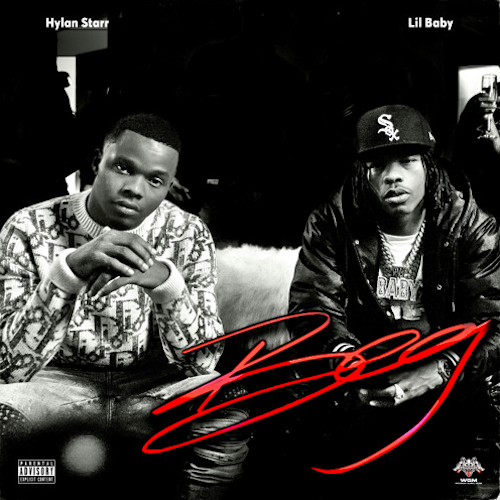 This is the latest hit in both artists’ discography.

The track is led by the phenomenal voice that belongs to the relatively new RnB singer. Starr is still on the come-up as his work only goes back to around 2018. He is far from being just a beginner though, his sound is unique and sets him apart from all the other pop stars.

In this new song, you hear him bring out some of his best voicework. Singing about his girl’s parents not agreeing with their relationship but still seeing each other. He brings out his romantic side when he drops the hook: <Don’t make me beg […] Go’n drop the addy to where you at>. He’s speaking about linking with his significant other secretly.

His voice sounds so good he almost carries the track until Lil Baby drops his verse. The lyricist raps about his girl too, even saying he’ll rent out a private restaurant for a date. One of his lines that stick out is: <Don’t like the past but let me get behind you> which, is pretty self-explanatory and romantic. Both artists killed it on their first track together. It’s an amazing mix of two styles, RnB and Rap but like the world has never heard. After hearing this one, you’ll want to hear them collaborate again. And, hopefully on another passionate song like this.

If you haven’t heard it yet, listen to it here first!