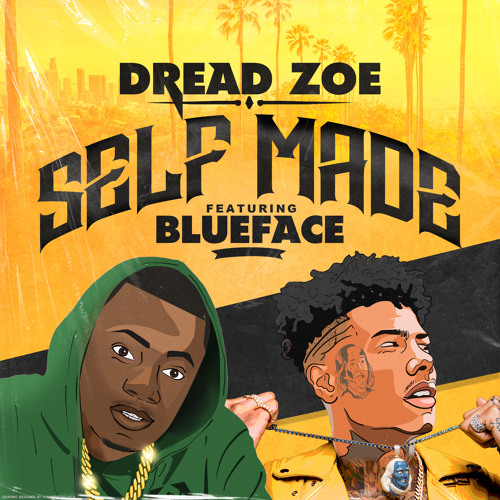 Who knew we absolutely needed a new west coast classic, well… now we do know! In the newest single by Dread Zoe titled, “Self Made,” features the one and only Blueface to bring forth another single that is a certified hit song that can get us lit at any party! Well… at a party where you expect to get nothing but turnt up.

Dread ZoeLyric wise, the song includes Dread Zoe speaking his bragging verses where he did it himself, hence the title, “Self Made.” Dread Zoe includes the line, “I’m in the building and I’m feeling myself,” which is a reference to the legend of bay area music, Mac Dre, from his song, ‘Fellin’ Myself.” An absolute classic from the bay area and Dread Zoe knew how to correctly pay homage to one of the kings.

In the song, Dread Zoe references the struggles that he had to endure in his past, stating that there is currently no stress upon Dread Zoe that is weighing on him, however, the only thing that is weighing on him is a chain. In addition, states that the current position he is at is where he likes to be, saying that he has gained the ability to put himself on, and since then, he has not once looked back.

You can stream the song now on all streaming platforms.