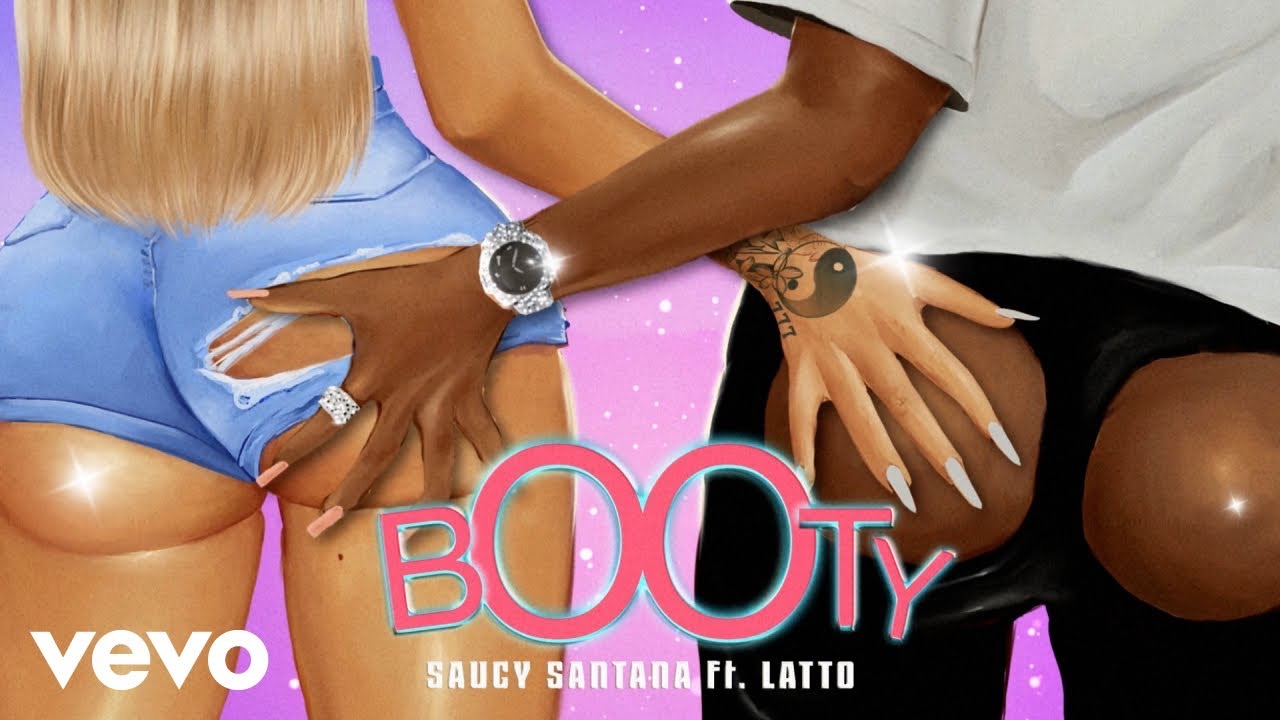 Saucy Santana has just released a new twerk anthem, ‘Booty,’ as he teams up with Atlanta rapper, Latto. The track was released on June 10th, in company with a cute visualizer that undoubtedly embodies their hot girl energy.

As a self-proclaimed, Material Girl, coining the term himself, Santana has served summer anthems before. Clips teasing the song surfaced in late May on Twitter, leaving many excited, especially since the song samples Beyoncé’s ‘Crazy In Love.’

Santana comes in strong with the pre-chorus, giving the confidence this summer anthem is no doubt supposed to. “Who else got an ass like this? Who else throw it back like this?” the Florida native raps. Latto then accompanies Santana on the track with her verse. She pays homage to Ice-T’s ‘99 Problems’ alongside the many factors of her figure such as flat tummy tea and “mak[ing] him pay for the second round of this BBL.”

This is not the first time the duo has collaborated though. The two have previously collaborated on a song in 2020 called ‘Up and Down’ where they rap about finding partners and being their personal strippers. Aside from this Saucy Santana was also one of the most notable guests on Latto’s ‘777 Tour’ previously this year.

This is Santana’s first single since the release of his 2020 album, ‘Imma Celebrity’ which features his breakout hits, ‘Material Girl’ and ‘Walk Em Like A Dog.’ As of the beginning of 2022, our favorite Material Girl has since signed with RCA Records.

Be sure to check out ‘Booty’ below!