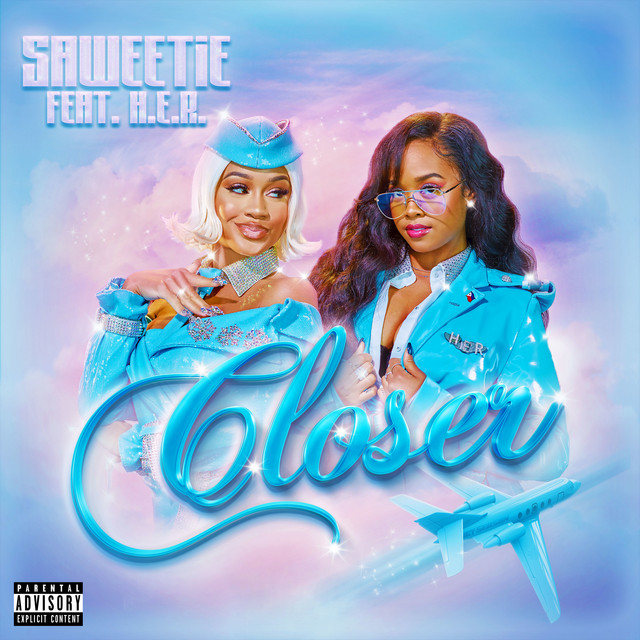 Saweetie recently released her new single, “Closer” featuring H.E.R. and it did not disappoint. The two California natives also dropped a video for their song together. This is Saweetie’s first single of 2022, and it is more than likely going to appear on her upcoming album, ‘Pretty B*tch Music’. This would be Saweetie’s first studio album of her career. She has released three EPs out already, and we can’t wait to hear what her debut album will sound like.

The video for “Closer” features Saweetie and H.E.R. as co-pilots for Icy Airlines. H.E.R. sings the chorus in her beautiful upper register and Saweetie raps two full verses on the track. Saweetie even breaks into choreo with a bunch of background dancers during the video. The song has a fun vibe to it.

Notable lyrics from “Closer” are:

No shoes in my car ’cause my floor mats feather

Ain’t trippin’ if it rain ’cause it came with umbrellas, it get wetter

I wanna fall in love for the weekend

This was somewhat of an unexpected collaboration between the two stars, but their voices meshed well together.